I just love Bobby Jindal[1] and I respect him more and more every day. He suspended his presidential campaign after the shootings at the Lafayette theater in Louisiana that horrifically took the lives of two women. Then the shooter committed suicide. That shows real leadership and that he loves his state and puts the needs of his constituents ahead of his own. Now, he’s telling the Westboro Baptist evil nutcakes that if they show up to protest the funerals, he’ll throw their behinds in jail. Jindal has made it clear in no uncertain terms that if they try and interrupt the funerals and the grieving of these poor families, they are going to the hoosegow post haste. 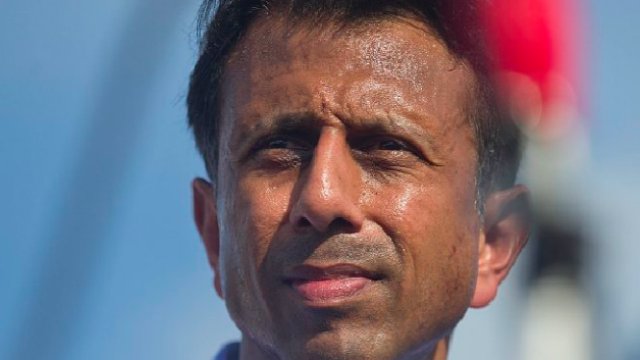 Anyone who protests the deaths of American soldiers who fought for this country doesn’t deserve much respect, and it seems the church is mutually disliked by both Righties and Lefties.

Now, LA Gov. and 2016 presidential candidate Bobby Jindal has threatened to toss in jail any members of the church who attempt to protest the funerals of the two women who lost their lives[3] during the Lafayette theater shooting.

Louisiana Gov. Bobby Jindal threatened to “lock up” protesters from the controversial Westboro Baptist Church if they demonstrate outside the funeral of the two women who died this week in a shooting at a Lafayette theater.

“If they come here to Louisiana, if they disrupt that funeral, we are going to lock them up,” Jindal said Sunday on CBS’s “Face the Nation.”

“Let these families grieve,” Jindal said. “Let them celebrate their loved ones lives in peace.”

The Republican presidential candidate said the shooter’s legal purchase of the gun he used in the shooting “never should have happened.”

The shooter purchased his gun at a pawn shop in Alabama.

Jindal has suspended his presidential campaign for the moment in order to lead his state during this crazy time, showing the nation what true leadership is all about.

I don’t even consider those who attend that church to be even remotely Christian. They are vile. Yep, I guess there are some that would call this unconstitutional. However, if Jindal sets the barrier far enough out to keep protesters away, it is legal as far as I know. More importantly, it is the right thing to do here. They can still protest, just not anywhere near the funeral or they will get a trendy set of bracelets and a free ride to the Police Hilton. Jindal didn’t do this for political points… he did it because the last thing these families need is hateful trolls coming in and picking a fight, calling names and screaming at them. These families are lost in grief right now. The Westboro Baptist wackos are deeply stupid and evil. These protestors are not part of the community or these families. They are not wanted there and weren’t invited. The Governor has every right to restrict attendance at an event when he thinks the public and the attendees might be put at risk otherwise. It would be irresponsible not to. If you can’t behave and show some respect, you can’t come in. It’s as simple as that.