A rural: Kansas: School Board courageously defied 50 years of U.S. Supreme Court rulings by allowing: student-led prayer: at all school activities, even broadcasting them on the school’s public address system. 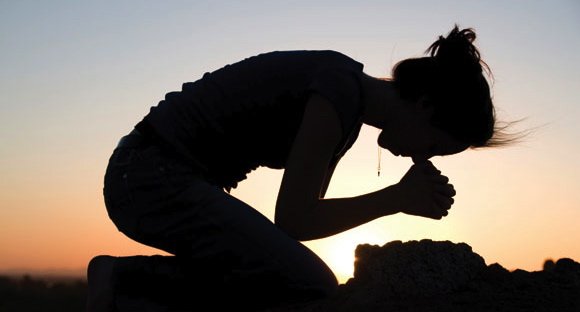 What began as an unscheduled, impromptu suggestion at a Monday: ISD No. 480 School Board: meeting ended up as a motion that was immediately seconded, discussed and unanimously approved, according to the: Leader and Times.

“I think that’s one of the greatest things we’ve ever done,” said Board Member Tammy Sutherland-Abbott, who seconded Board Member Nick Hatcher’s motion.

Hatcher had spontaneously introduced the idea.

“I would like to see us bring prayer back to the games,” he told his fellow board members. “I have struggled with that – not having prayer at our activities – because it’s ‘not the thing to do,’ but if the board thought it was important enough that they would support it, and defend it if the time came, I’d like to ask that we do that at our next meeting.”

The schools superintendent questioned why the board should wait until the next meeting.

“We do live in a democratic society, and I personally feel like our community would support that decision, regardless of the rest of the world,” Hatcher said.

The Leader and Times reported:

Several years ago, LHS discontinued prayer at events like football games. Administration voiced concern that, by making the P.A. system available for prayers led by students or community members, the district could be perceived as sanctioning or even promoting traditional Christian prayer in violation of federal law. Student-led prayers then moved to the football field itself, prior to the game. However, no microphone or speaker system allowed spectators to hear such prayers. Monday night’s vote will permit students to utilize the P.A. system for prayer before football games and all other special activities in the district.

The Warren Supreme Court declared school-sanctioned prayer unconstitutional in the 1962 case of Engel v. Vitale. In that case, the New York officials were challenged for encouraging public schools to recite prayers written by them.

The 2000 case of Santa Fe Independent School Dist. v. Doe, however, is more directly on point. In that case, the court ruled 6-3 that student-composed and -led prayer prior to football games is unconstitutional as a violation of the First Amendment’s establishment clause.

Kansas is a part of a Middle America region unflatteringly known as “flyover country,” where residents pay their taxes without squabble, send their sons and daughters off to fight our wars and whose word is unhesitatingly their bond.

Note that it wasn’t small-ttown bankers that had to be bailed out in the waning days of 2007. They wouldn’t dream of making an investment that could jeopardize the hard-earned life savings of their depositors and shareholders – not when they have to face those same people at the local supermarket, pharmacy or in chuech on Sunday.

More than anything, the people inhabiting flyover country are expected to do all they can for their country and countrymen and keep their mouths shut while the geniuses in Washington, New York and Los Angeles make the really important decisions.

It’s both encouraging and heartwarming to see the people in this area of Kansas rise up and revolt, Spartacus-like, as they tell Washington, D.C.: “We tried your way, thank you. We’ll go back to doing it our way.”