LISTEN: An Islamic scholar politely unloads on President Obama’s ‘terrible deeds in the name of Christ’ remarks made at the National Prayer Breakfast [Audio]

I have the greatest respect for Andrew Bostom[1]. I have read his writing for years and his depth of knowledge and clarity of thought on the subject of Islamic radicalism and Jihad is outstanding. The Crusades were in response to hundreds of years of Islamic war and conquest. War is not clean and tidy, or bloodless and romantic. It is brutal, no matter the religion or political hierarchy waging it. But the Crusades were defensive, waged against the brutal tactics of Islamic warriors, who seized land and goods, tortured and committed genocide, and took slaves by the thousands. All of this was against the Christians who finally had had enough and put their reign to an end. As for slavery, Obama’s insinuations are grotesque. Bostom is correct… the abolitionists were Christians; a fact Obama would rather not mention. It doesn’t fit the narrative. 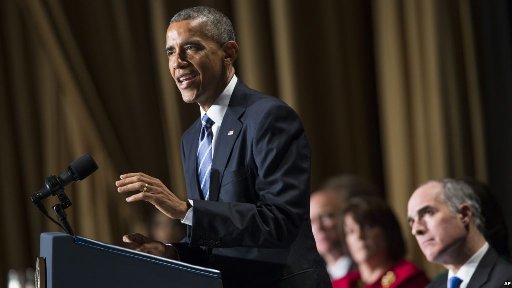 In light of America’s ongoing nuclear negotiations with Iran, and the continued conflagration of jihadism throughout the world, we sat down with prolific Islam scholar Andrew Bostom[2], author of several books including “Iran’s Final Solution for Israel: The Legacy of Jihad and Shi’ite Islamic Jew-Hatred in Iran,” and “Sharia Versus Freedom: The Legacy of Islamic Totalitarianism,” to discuss everything from the doctrinal basis of Iranian policy to his take on General Sisi in Egypt (full interview[3] at bottom).

But it was during a question on President Obama’s recent National Prayer Breakfast remarks[4] in particular that Bostom provided one of his most contrarian and compelling responses, stating:

Let me start with the Civil War — I mean this is a president who — we can excuse him for his ignorance of Islamic theology and Islamic history, you know despite his nominal background in Islam as a child. But excuse me, but the abolitionists were Christians, and the United States literally went to war with itself, unlike any other society before, to extirpate the longstanding, thousand year longstanding evil of slavery in virtually every human civilization. It’s just appalling that he doesn’t even grasp that fundamental decency about this country.

…[I]f you look at what he’s [President Obama’s] referring to in terms of the Crusades…if I could just share with you something that I wrote ten years ago [from Bostom’s “Jihad Begot the Crusades,” parts 1[5] and 2[6]]…

The jihad is intrinsic to the sacred Muslim texts, including the divine Qur’anic revelation itself, whereas the Crusades were circumscribed historical events subjected to (ongoing and meaningful) criticism by Christians themselves. Unlike the espousal of jihad in the Qur’an, the constituent texts of Christianity, the Old and New Testaments of the Bible, do not contain a form fruste [incomplete] institutionalization of the Crusades. The Bible sanctions the Israelites conquest of Canaan, a limited domain, it does not sanction a permanent war to submit all the nations of humanity to a uniform code of religious law. Similarly, the tactics of warfare are described in the Bible, unlike the Qur’an, in very circumscribed and specific contexts. Moreover, while the Bible clearly condemns certain inhumane practices of paganism, it never invoked an eternal war against all of the world’s pagan peoples [for example like Koran 9:5[7] does…].

The Crusades as an historical phenomenon were a reaction to events resulting from over 450 years of previous jihad campaigns.

So I just did what I could back then to put some of this…blather in context. And then of course he [President Obama] goes on and talks about the Inquisition.

Well…Islam too has had its inquisitions. It’s had its inquisitions against other Muslims dating back to the 9th century…and it also had a horrific inquisition…in the 12th century, imposed upon the Jews in particular, who were massacred, pillaged and enslaved by the tens of thousands, and then forcibly converted to Islam. And some practiced crypto-Judaism, and they were subjected to the same practices curiously that were adopted by the inquisitioners in the same region, so you could argue this might have even been a historical prototype, just within a couple centuries later.

And the big difference Ben, I think, is that we in the West, as religious and non-religious people, criticize all of these ideologies — whether they’re religions like Christianity and Judaism, or whether they’re very, very horrible secular totalitarian ideologies like Nazism and Communism.

Obama’s pontification at the National Prayer Breakfast was sheer propagandic justification for Islam of all flavors and the condemnation of Christianity as a whole. He might do well to remember that as far as inquisitions go, the history of Islam is one long instance of an inquisition. You have several choices when a Jihadist faces off with you: convert, pay the Jizya tax or die. In this instance of cake or death, death is almost always chosen by one side or the other and the manner in which it is dealt out is every bit as horrific as what the Catholic inquisition imposed on its ‘converts,’ ‘sinners’ and ‘apostates’ alike. Christianity is still repenting for those deeds committed by evil individuals who perverted the message of the church… radical Islam never stopped or recanted in theirs.