Really? Wishing someone Merry Christmas is worse than: 1) fornication, 2) drinking alcohol and 3) murder. Who knew? Ah, the tolerant religion of pieces. No room in the Quran I guess for love thy neighbor and for forgiving trespasses. No sir. Believing in Jesus Christ and His resurrection is a monstrous crime by infidels in Islam’s eyes. This is spoken by an Imam who literally has no idea what he is espousing, except that it is hateful and borders on ‘kill all the Christians,’ which is what he really meant here. Killing thousands on 9/11, that’s okay… killing millions of Jews in the Holocaust, that’s okay too… killing Americans and Christians worldwide and putting their heads on spikes or crucifying them, that’s even better… But don’t you dare say Merry Christmas![1] 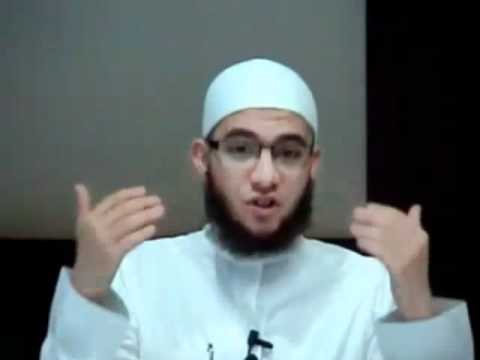 It was a shocking pronouncement from a high-ranking Muslim[3] leader.

And what he said is another nail in the coffin of “tolerant” multiculturalism.

The imam in this video is Lebanese born scholar Abu Musaab Wajdi Akkari, who apparently has some issues with jolly ol’ Saint Nick.

“I dealt with all these issues,”Akkari said. “You cannot say Merry Christmas! Not even if an alien came and he told you — you cannot even say to him.”

I’m going to guess most Muslims[4], upon encountering an extra-terrestrial, would probably think of some things to say to him that didn’t involve Judeo-Christian season’s greetings. This, however, is neither here nor there.

“[Christmas] is the concept that God was born on the 25th of December,” Akkari said.

I don’t expect everyone to be up on biblical knowledge or Christian apologetics, but I don’t think it’s too much to expect an alleged religious scholar to understand the concept of the Word made flesh or the fact that Jesus was, while human, also one and the same with the ever-living God, who reigns outside of time and space.

And then, Akkari dropped the bombshell you’ve all been waiting for.

“This [saying Merry Christmas] is worse than fornication and drinking alcohol and killing someone,” Akkari said, “because you are approving of the biggest crime ever committed by the children of Adam’s sin.”

Yes, Merry Christmas is worse than the Holocaust (routinely denied by Muslims), the World Trade Center[5] attacks (committed by extremist Muslims) or the Pan Am 103 bombing (I suppose Gadhafi was nominally Muslim, although “crazy” seems to sum it up better).

This would be riotously funny if people didn’t actually take this man seriously — which, unfortunately, people do. Akkari’s Facebook page has 39,641 likes, which is exactly 39,640 more than it should have.

Nevertheless, the best way to combat Akkari is to not take him too seriously.

Have a good laugh at him while drinking fortified eggnog and wish everyone you know a Merry Christmas[6].

This is what multiculturalism brings on – the preaching of hate and intolerance. Islam is not a peaceful religion that is inclusive of others. It is a political system bent on bloody conquest. Millions are being sucked into this dark vortex of worshiping the evil of Allah. Islam is the anti-thesis of Christianity – the polar-opposite. So, of course celebrating the birth of our Savior would be seen as the worst crime ever. Reverence for the pure, exalted birth of Christ leaves no room for the blasphemous entrance of a dark and murderous Allah. I say triple your Christmas celebrations and wish everyone Merry Christmas everywhere you go. Put crosses and mangers up… Sing carols and spread the joy of the season. Our King has come and I kneel before only the true King – Jesus Christ – not the leader of the most violent religion to ever grace this planet.