I have to say, this was a pleasant surprise… In Georgia, a Muslim woman took her fellow faithful to the woodshed for taking advantage of Christian charity and American taxpayers when it comes to food stamps. Give credit, where credit is due, this is a very moral viewpoint and praiseworthy. I would contend, it is not only Muslims who should be brought to task on this, Christians and Americans of all walks of life who abuse this system need to listen up[1]. 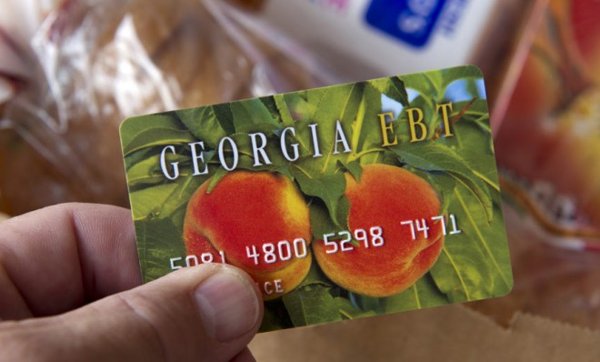 There’s probably a lot of truth to the oft-repeated criticism that social media disconnects us from the real world and from each other.

But sometimes it can be a medium that sparks real and meaningful conversation.

Case in point is what happened with this simple Facebook post when a Georgia woman decided to take on the controversial issue of Muslims on food stamps asking for[3] accommodations that accord with Islamic standards: 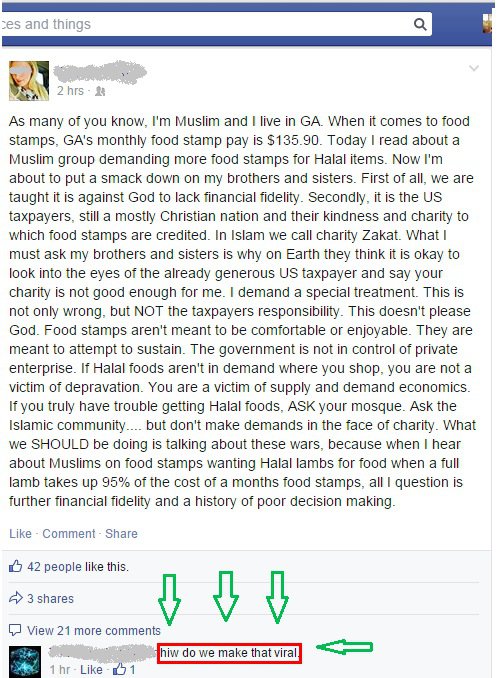 It may have happened, but what I have never seen is a Jew demanding more food stamps because of their religious dietary needs. Food stamps should be blind to religious stance and as pointed out, they are only a means to sustain and should not be overly plentiful or without the color of shame to use. They are charity from the government and the taxpayers. Most Muslims who commented on the FB post agreed with the woman in Georgia and the post went viral. Although, I am no proponent of Islam by any means, I believe all of us need to have this woman’s viewpoint concerning food stamps and EBT cards.