Muslims Just Caused Chaos In Texas, Watch These Bikers Set Em Straight Like Only They Can Do [Video]

Man, I love America[1]! And I especially love Texans, bikers and Tea Partiers. You guys rock! Garland had over 20 police cars there and SWAT teams. Not to protect the Americans protesting, but to protect the Muslims and terrorists inside the convention center. Now, that’s screwed up. This is the same event that would only allow the ‘right kind[2]‘ of media to attend. That did not include Fox News or The Washington Free Beacon. Those they did let in, were allowed 20 minutes. Hardly enough time to cover those lecturing on Shariah law inside, or the unindicted co-conspirators of the Holy Land Foundation brou-ha-ha. It didn’t stop attendees from trying to convert those outside either. People are dying horrid deaths across the planet at the hands of ISIS and the Caliphate and we let radical Islamists hold court on American soil with no oversight. Insane. 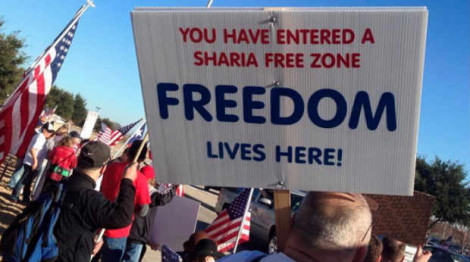 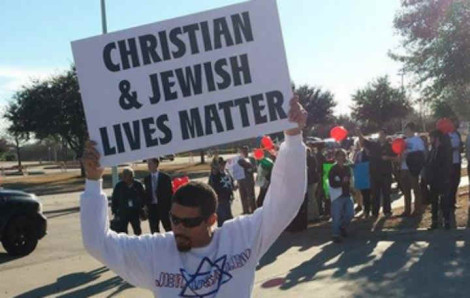 There aren’t many more epic things other than American Bikers, and especially their reactions to Radical Islam in America.

The event where this exact thing happened was when a Chicago-based group called Sound Vision held something called “Stand With The Prophet In Honor & Respect in the city of Garland. Which… alright… we get it. Respect your “God” as long as you do it with honor. What started as a “peaceful” rally quickly turned into a chaotic shouting match when christian protestors rallied in-light of recent shootings and terror across the world.

We understand that different faiths pull for different types of respect and honor, but i don’t see buddhists and catholics blowing up schools and shooting up newspaper publishers.

It’s a little shocking that the city of Garland even let this type of nonsense take place in the convention center, especially with the controversy surrounding the speakers, and the whole religion itself. In-spite of the injustice, we love that texans rallied up and showed this crowd who they have to go through to make their way through our country’s culture. We will not be “tolerant” as you liberals like to put it. This “peaceful” religion needs to stop.

Since that is a public convention center, I don’t see how they can restrict people from attending. Makes you wonder exactly what they covered in there, doesn’t it? Well bikers and Tea Party Christians were there to answer to the Religion of Peace. You know the one that beheads, tortures, crucifies, etc. in the name of Mohammad and Allah. Texans don’t tolerate terrorists or fools very well. I’m right there with ya cowboy. 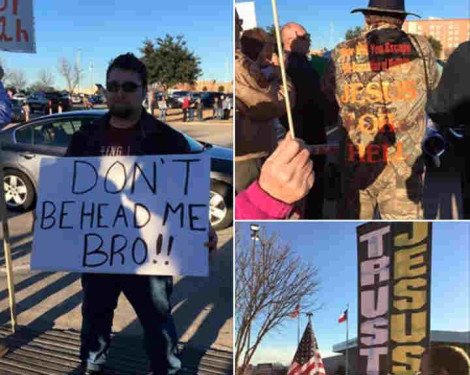 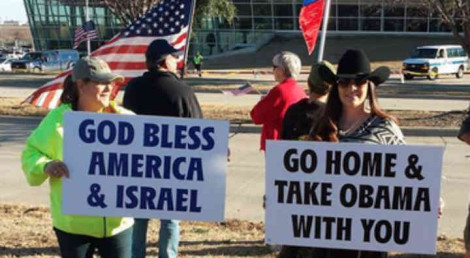 Update: The President of the American Badass Coalition[3] wrote in to make sure people knew that they were heavily involved in the event. Since his comments were relevant, I wanted to add them on to the article.

I am John Harrington, founder of American Badass Coalition. I’d like to point out something you left out of your article. MOST of the motorcycles that arrived at that event in Garland, TX staged with the American Badass Coalition at Dallas H-D. We do share mutual support with 2 Million Bikers and we have a lot of respect for them as they supported me when I lead the ride for Andrew Tahmooressi back in June. I wish to take nothing away from 2MBTDC, I just think it bears pointing out that ABC was heavily involved, especially since we are working VERY hard to get riders and non-riders alike to take a stand with us.