How could you view this as anything other than anti-Semitic?[1] The New York Times has launched a website that tracks Jewish lawmakers and how they vote on the Iran travesty. Why don’t they just put a yellow Star of David on their site and be done with it? This is outrageous and blatantly evil. Nazi much guys? The Leftists are trying to accuse Jewish Congressional members of having a dual loyalty to Israel, insinuating that they put the Jewish state above American interests. The offending feature of the online chart is entitled, “Lawmakers Against the Iran Nuclear Deal,” which includes a list of legislators currently opposing the deal. The site also tracks the Jewish demographic makeup of the district that an individual Jewish politician represents. Tell me how this isn’t blatant bigotry? Shame on The New York Times – yet again. 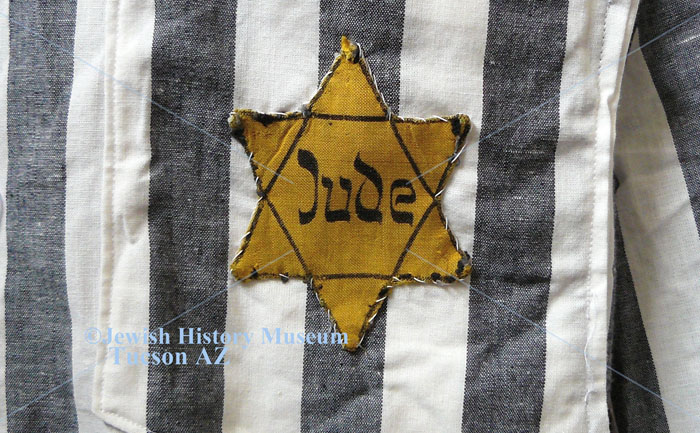 The New York Times has come under fire from Jewish organizations for launching a website aimed at tracking how Jewish lawmakers are voting on the Iran nuclear agreement.

The online chart[3], which tracks whether lawmakers who opposes the accord are Jewish, is being criticized as anti-Semitic in nature and an attempt to publicly count where Jews fall on the issue, which some have sought to turn into a debate about dual loyalty to Israel.

The feature, titled “Lawmakers Against the Iran Nuclear Deal,” includes a list of legislators currently opposing the deal.

Critics say the chart feeds into a larger narrative promulgated by the Obama administration that Jewish Americans oppose the deal because they feel that it would endanger Israel. The issue of dual loyalty—or claims that lawmakers are more loyal to Israel than America—has become a trademark criticism of administration supporters seeking to discredit opponents of the Iran deal.

“Though more Jewish members of Congress support the deal than oppose it, the Democrats against the deal are more likely to be Jewish or represent Jewish constituencies,” the Times writes on the site.

The article shows in graph form all lawmakers in the House and Senate who oppose the deal and whether they are Jewish. It also includes the composition of a lawmaker’s district, displaying the percentage of Jewish individuals they represent.

Jewish leaders criticized the Times for feeding into anti-Semitic stereotypes.

“It’s a grotesque insult to the intelligence of the people who voted for and will vote against [the deal],” said Abraham Cooper, associate dean of the Simon Wiesenthal Center, which combats anti-Semitism.

This type of reporting “does a disservice to the issue and that’s the exact opposite job of the New York Times,” Cooper said. “They have some explaining to do. Why’d they do it? Shame on the New York Times for the timing and implications of this piece.”

A nationwide poll[5] released this week found that a plurality of American voters, or 37 percent “see accusations of Jewish lawmakers having dual-loyalties on the Iran deal as anti-Semitic,” according to the findings, which were published by the Israel Project.

“This includes pluralities across all partisan and ideological lines,” the poll found. “Even among supporters of the deal, 37 percent view these accusations as anti-Semitic.”

“As a point of comparison, 35 percent said they saw the Confederate Flag as a symbol of racism in a New York Times poll in July 2015[6], a position that the paper vocally endorsed,” said Nathan Klein, lead pollster at Olive Tree Strategies, which conducted the poll on the Israel Project’s behalf.

One senior official with a Jewish organization based in Washington, D.C., expressed shock when sent a link to the Times feature.

“I guess we should be grateful the New York Times chose not to illustrate its Jew tracker by awarding a six-pointed yellow badge to every Jewish opponent of this catastrophic sellout.”

They even highlighted the chart in yellow. Nice and not very subtle. I was shocked to see this so out in the open. I knew the Obama Administration hated Jews, but I didn’t think they would be so brazen about it. Guess the mask is finally off. This makes it even more incomprehensible when it comes to Jews who support Obama and the Iran deal. This must truly be what it was like when Nazi Germany was exterminating the Jews. It’s sheer insanity. This is the Democratic Party in the media and it is monstrous. If Iran attacks Israel, look for these propagandists to applaud it as will the White House. Very dark times indeed.