Obama Stuns The National Prayer Breakfast: “We’re Obligated To Use Our Freedom Of Speech To Condemn Insults” To Islam…

Obama took the opportunity[1] at the National Prayer Breakfast to equate past deeds done in the name of Christianity with the barbaric deeds of ISIS. The Crusades were Christianity’s response to the attempted conquest of Islam of Christian lands, where Muslims were cutting a bloody swath across their territories… murdering, enslaving and conquering as they went. And tying slavery directly to Christianity is abhorrent and skewed beyond words. I might remind Obama, that Islam vigorously practices slavery today. This is the same man who proclaimed in front of the UN, “The future must not belong to those who slander the prophet of Islam.” Obama is in agreement with Islam… to insult the Prophet is blasphemy and should be punished. Et tu, Obama[2]? To speak against the acts of Islamic extremists is to violate their freedom of religion. Twisted. 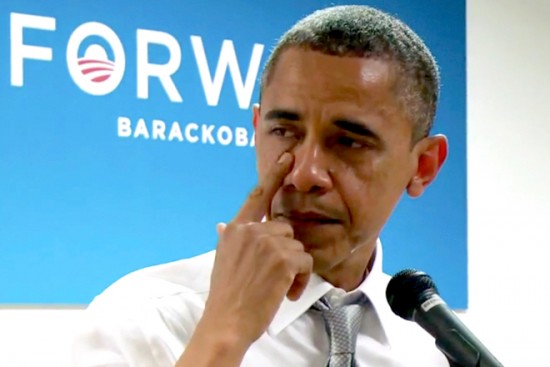 This is the same guy who stood before the U.N. General Assembly and told the world “the future must not belong to those who slander the prophet of Islam.”

But part of humility is also recognizing in modern, complicated, diverse societies, the functioning of these rights, the concern for the protection of these rights calls for each of us to exercise civility and restraint and judgment. And if, in fact, we defend the legal right of a person to insult another’s religion, we’re equally obligated to use our free speech to condemn such insults — (applause) — and stand shoulder-to-shoulder with religious communities, particularly religious minorities who are the targets of such attacks. Just because you have the right to say something doesn’t mean the rest of us shouldn’t question those who would insult others in the name of free speech. Because we know that our nations are stronger when people of all faiths feel that they are welcome, that they, too, are full and equal members of our countries.

Obama is a sitting American president who is openly consorting with and seeking the counsel of the Muslim Brotherhood, who are terrorists and our enemies. Obama is calling for nothing less here than censorship of freedom of speech if it insults the Religion of Peace. By golly, he acts just like a devout Muslim. By phrasing his comments as he has, he is condoning the barbarity of ISIS and other terrorists because they had their religious feelings hurt. It’s the Christian’s fault and we are just as bad as ISIS in his Islamic viewpoint. This is not Constitutional reasoning… it is Shariah reasoning.