What’s the point of having dogs in the subway that are intended to sniff out explosives if they can’t come in contact with the group of people most likely to be carrying the explosives[1]? 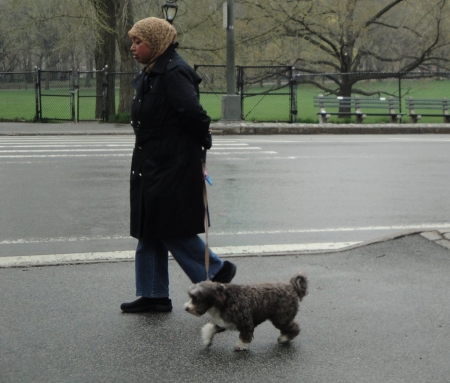 A report for the Transport Department has raised the prospect that the animals should only touch passengers’ luggage because it is considered “more acceptable”.

In the Muslim faith, dogs are deemed to be spiritually “unclean”. But banning them from touching passengers would severely restrict their ability to do their job.

The report follows trials of station security measures in the wake of the 2005 London suicide bomb attacks. In one trial, some female Muslims said the use of a body scanner was also unacceptable because it was tantamount to being forced to strip.

Don’t get me wrong; I don’t think that they should ONLY search Muslims, that Muslims should be specially picked out and searched or that the only people who could conceivably bring explosives into the subway are Muslims. On the other hand, can we be honest enough to admit that the people most likely to be bringing explosives into the subway are Muslims — and if everybody else has to endure it, they do, too. I know, I know, it’s supposedly “against their religion.” Someone should tell that to the millions of Muslims all over the world who OWN DOGS. It’s time for people to stop accepting the whole, “Anything some Muslims don’t feel comfortable with or don’t like means it’s against Islam” excuse for everything. Being sensitive to people’s religion is civilized, but in the West we’re choosing to “civilize” ourselves to death rather than going against political correctness.