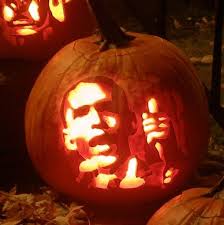 What? You didn’t see this coming? The all powerful, ever expanding government is not so subtly easing the US towards a new religion that worships the state (big government), slyly replacing individualist religions with one sanctioned and approved by the powers that be — the change agents of collectivism and Marxism. Now where have I heard of this before? Oh, I remember[2]!

In office, the Nazi leadership co-opted the term Gleichschaltung to mean conformity and subservience to the National Socialist German Workers’ Party line: “there was to be no law but Hitler, and ultimately no god but Hitler”. Nazi ideology conflicted with traditional Christianity in various respects. Nazis criticized Christian ideals of “meekness and guilt” on the basis that they “repressed the violent instincts necessary to prevent inferior races from dominating Aryans”. The Nazi-backed “positivist” or “German Christian” church sought to make the evangelical churches of Germany an instrument of Nazi policy.

The US government now is mixing religion, healthcare, social media, propaganda and the kitchen sink all together into a communist stew that promotes the health and well being of the collective. Witness the rise of social media data mining[3] for information on health behavior. The message may be Marxist, but the machinery is more a product of the Goebbels approach to marketing[4]:

The National Library of Medicine (NLM) is “mining” Facebook and Twitter to improve its social media footprint and to assess how Tweets can be used as “change-agents” for health behaviors.

The NLM, a division of the Department of Health and Human Services (HHS), will have software installed on government computers that will store data from social media as part of a $30,000 project announced last week.

“The National Library of Medicine is the world’s largest biomedical library and makes its stored information available online at no charge to consumers, health professionals, and biomedical scientists through a diverse suite of resources,” the agency said in a contract[5] posted on Oct. 23. “Evaluating how its databases and other resources are utilized is an important component of continuing quality improvement and has long been an on-going program of NLM management through a potpourri of monitoring tools.”

“The world-wide explosion in the use of social media provides a unique opportunity for sampling sentiment and use patterns of NLM’s ‘customers’ and for comparing NLM to other sources of health-related information,” the agency said.

“By examining relevant tweets and other comments,” the contract said, “NLM will gain insights to extent of use, context for which information was sought, and effects of various health-related announcements and events on usage patterns.”

Specifically, NLM will look at the “value of tweets and other messages as teaching tools and change-agents for health-relevant behavior.”

“The overarching objective of these studies is to obtain a richer understanding of how consumers, clinicians, researchers actually look for the health-related information they seek, and what they do with what they find,” NLM said in a response to frequently asked questions[6] about the project.

OhMyGov Inc., a media company that specializes in the promotion of government agencies, will be paid $30,660 to monitor social media for NLM for one year.

The company will install software on computers at NLM headquarters in Bethesda, Md. to “maintain a comprehensive ‘universe’ of social media data.” Government bureaucrats will be trained on the software so they can search the database for health-related content.

“Content from Twitter, Facebook, blogs, news sites, discussion boards, video and image sharing sites will be maintained by the Contractor and kept up-to-date in a timely manner and made available for query by Government,” the contract said.

Guess who OhMyGov Inc. is funded by? The National Science Foundation[7]. It is also a member of Obama’s Startup America Initiative.

“The OhMyGov Media Monitoring and Policy Analysis system is the first and only business intelligence software completely politically focused,” according to the company’s website. “It provides real-time data mining, analysis, and visual analytics to uncover patterns in message uptake and critical insights into how issues are being characterized by Congress as well as the media, public, and key stakeholders.” So, they are actively spying on us, tracking us and storing data to use against us. It’s not paranoia if they are really after you.

This Obamacare monster is just clearing its throat. The government wants to know all about your health-relevant behavior, so they can take care of you. Isn’t that sweet? Not. ‘Take care of you’ can have multiple meanings. In this case, think Progressive mafia.

OMG just took on a whole new meaning and it isn’t good. Instead of looking to God and relying on ourselves, the nanny state will now force us to rely on the government. OhMyGov[8] is a blatant attempt to replace God with government in the American psyche and to watch everything we do and say — it’s for your own good don’t cha’ know. It is the epitome of political bias, data manipulation and propaganda. How very sieg heil.