Actually You Probably Don’t Need An Exorcism And If You Did, These Are Not The People You’d Call

Whether these people are kooks or fakes[1], they’re doing a disservice to Christianity.

While most people their age are studying for exams or getting their first jobs, a trio of girls in Arizona claim they’re helping people all around the country expel their dangerous demons – through exorcisms.

Brynne, Tess and Savannah work under Brynne’s father, Rev. Bob Larson, who claims to have performed thousands of exorcisms over the last 30 years, according to ABC News.

The young women book their clients through Larson, who claims that 50% of the population is probably affected by demons and believes that his protégés are the world’s first line of defense against Satan.

His girls, who have nicknamed different demons that they often see, say they “know how the enemy is.”

…According to the report, more people may get to see the exorcisms soon. Bob Larson reportedly said he’s shopping around a reality show about the girls. 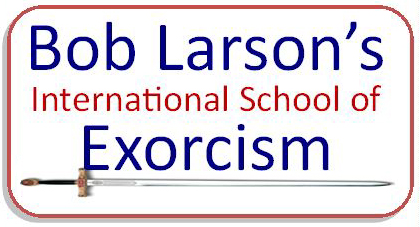 These clowns make a mockery of the Christian church and they’re also putting the people they’re supposed to be “helping” at risk. The last thing someone who’s physically sick or mentally ill needs is a bunch of crackpots falsely telling him his problems are being caused by demons. Exorcisms are serious business that should only be performed by highly trained priests, in very limited circumstances, when physical and mental illness has already been ruled out. That’s why this bunch of kids and a huckster shopping a reality show while he runs an “international school of exorcism” should be treated like the bad joke that it is.