The Islamic State is the most evil entity[1] I have seen in my lifetime and that’s saying something. Yesterday, I watched them take a cage with four or five Christian men in it and slowly lower it until it was underwater, where they had cameras to watch the men drown. The men were brave until the end, praying and huddling together. Then I saw IS line up men on their knees, wrap Primacord around their necks and then blow their heads off. Now this… it seems every few days the Islamic State has some new, freshly hellish way of promoting themselves and stirring fear across the globe, enabling the Caliphate to march on. 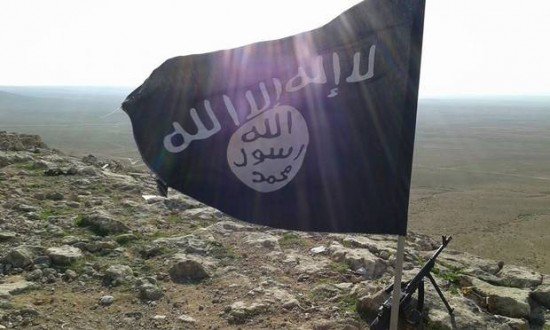 Two children have reportedly been “crucified” by Isis for not fasting during the holy month of Ramadan.

The boys, believed to be under the age of 18, were killed in Syria and their bodies displayed with placards hung around their necks announcing their “crime”.

Their deaths in the town of Mayadin, Deir Ezzor province, were reported by the UK-based Syrian Observatory for Human Rights on Monday.

“Apparently, they were caught eating,” he told the AFP news agency, adding that the signs hung around their necks claimed they broke the Ramadan fast “with no religious justification”.

Because two boys under the age of 18 got hungry and ate a bite during Ramadan, they were brutally crucified outside of the religious police headquarters in Syria. I’m sure their families were forced to watch them die as well. The Islamic State is full of psychopaths who are also religious theocrats. They enthusiastically and creatively rape, torture and murder in the name of Allah. That is not worship in the name of your God, it is submission and obeisance to demons. The sheer evil that comes out of the Islamic State and the Caliphate is some of the darkest the world has ever known. They are pulling the globe into a new dark age and many are facilitating their efforts. For the crime of breaking a Ramadan fast, two children were killed in one of the most horrific ways known to man. And the devil laughed on as more and more innocents fall to the barbarian hordes of the Islamic State, while the world apathetically looks on and shrugs. That’s a different kind of evil.