Tim Tebow Gets Another Shot at NFL, Signing With The Eagles–And The Media HATES it!

Tim Tebow is coming back to the NFL, according to reports today. The well known Christian player had lost his place in the league but is now on his way back. And you can already see the media hating the idea. 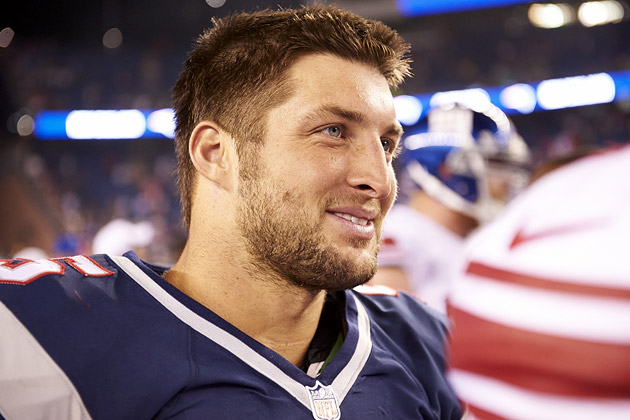 Tebow angered many Christian haters for being openly religious and they were thrilled when he left the NFL. But now he’s back[1].

The Philadelphia Eagles will sign Tebow to a one-year contract on Monday, according to Fox Sports’ Jay Glazer and widespread reports.

Tebow has been out of the league and working as an ESPN college football commentator since he got cut by the New England Patriots before the 2013 season. He worked out with Philadelphia in March. That workout was apparently good enough to get him a contract.

He still has a long way to go. NFL teams are allowed to carry 90 players at this point in the league year. That number has to be cut to 53 by Week 1. The Eagles also have a crowded depth chart at quarterback. Philly traded for Sam Bradford and re-sign Mark Sanchez this offseason. The No. 3 quarterback at the moment is Matt Barkley, who was a fourth-round draft pick in 2013.

Any scan of the sports media can see that they hate this idea, too.

And take a look at how the Washington Post reports Tebow’s return[2] to the NFL. Columnist Justin Wm. Moyer couples Tebow with dog killer Michael Vick!

Now that is some hatin,’ right there. Equating Tebow to the dog killer. Man, oh man, will the media do anything to smear Tebow!