Woman Wears Colander As A Hat, For DMV Picture, Citing Religions Reasons…You Want To See This

Ha ha ha ha ha!!! Lol![1] All hail the Pastafarians of the Church of the Flying Spaghetti Monster. I’ve heard of these whack jobs before. This particular nut ball wanted to wear a colander for ‘religious reasons’. The MA DMV obliged… how could they not? Lawyer Patty DeJuneas calls Pastafarianism a “secular religion that uses parody to make its point.” Yes, I get that they are making fun of religion, but they strike me as a special kind of weird. And I find them funny… they claim to have existed for hundreds of years, but just revealed themselves in 2005. How can you not laugh at someone who introduces their faith with an ‘Introduction to Pastafarianism: Spaghetti, Wenches & Metaphysics’? I feel a leaning towards conversion – somebody smack me. 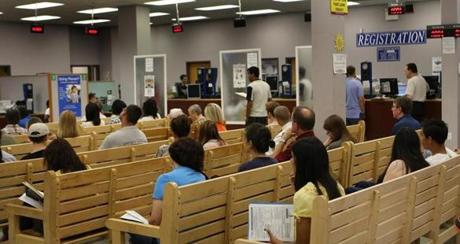 A Massachusetts agency is letting a woman who belongs to the Church of the Flying Spaghetti Monster wear a colander on her head in her driver’s license photo after she cited her religious beliefs.

Lowell resident Lindsay Miller said Friday that she “absolutely loves the history and the story” of Pastafarians, whose website says has existed in secrecy for hundreds of years and entered the mainstream in 2005.

Miller says wearing the spaghetti strainer allows her to express her beliefs, like other religions are allowed to do.

A spokesman for the Massachusetts Registry of Motor Vehicles says policy does not permit head coverings or hats on license photos, but exceptions are made for religious reasons.

I find these people fascinating. Makes you want to put them in a room and do experiments… just kidding – kind of. More[3]: “Religious texts tell us that humans evolved from Pirates. Consider that so-called “science experts” would have us believe humans evolved from primates, pointing towards the shared 99% shared DNA between humans and primates. But humans and Pirates share upwards of 99.9% of DNA. We believe that Pirates were the original Pastafarians and that they were peaceful explorers. It was only due to Christian misinformation that they have an image of outcast criminals today. No one knows what the afterlife really holds, but we are told FSM Heaven has a Beer Volcano and Stripper Factory.” These people make fun of every real religion there is out there and this particular woman made herself look like an idiot to make her point. Now that’s dedication to being absolutely wrong. Pass the spaghetti. 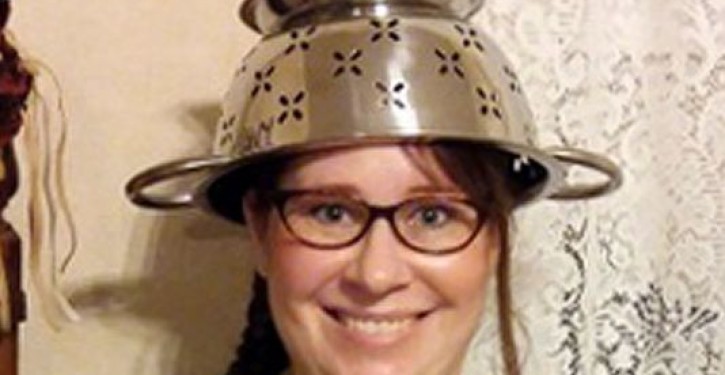