ALERT: Trump Makes Terrifying Announcement – This Will Change Everything

Or, at least it could. Trump’s press conference[1] reminded me more of Democratic talking points and a petulant tantrum than a press briefing. Trump is incensed because the GOP stacked the audience at the last debate. On that count, I don’t blame him. Then he threatened to run as an Independent because the GOP was being unfair to him and not keeping their end of the deal. It’s far too late for that gambit and he knows it. But I do blame him and Rubio for tag teaming on Cruz and calling him a liar. He’s not. He’s calling them out on their records and the issues and they don’t like that. So, when you can’t defend yourself, you go on the attack. Trump called Cruz a lying liar who is lying. Classy. He’s attacking Cruz because Cruz is surging in South Carolina. His Democratic talking points are nothing more than a political strategy to appeal to Democrats, moderates and Independents as well. 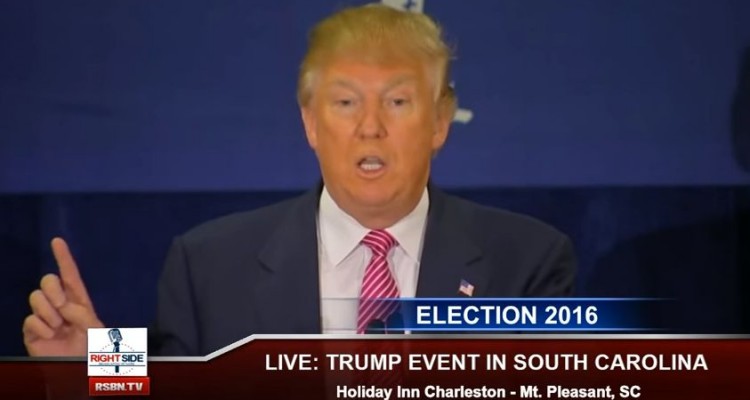 Fox News is reporting that Trump is now threatening to go back on his pledge to support the Republican nominee and not run third-party because he feels he’s being mistreated by the RNC:

Here’s the full video of Trump making these threats:

Trump was booed not just because of a stacked audience though. He’s in South Carolina which has a lot of military and evangelicals in the mix. When he falsely claimed that 9/11 was Bush’s fault and that there were no WMDs, the loudest ones cheering him were Code Pink. Christians are rethinking support for Trump in that state and are turning to Cruz. Some polls show them neck and neck and SC could be Iowa all over again with Cruz winning it. If that happens, look for another Trumpertantrum. Trump is threatening to sue Cruz because he’s not an American citizen, which is also bull crap. Cruz is an American citizen and if Trump were going to sue, he would have done it already. This is all smoke and mirrors here. It’s trite and childish. It’s also a great way to avoid addressing real issues. You point your finger at the other guy, yell profanities and insinuations and keep people from looking at where you really stand on anything. That’s vintage Trump and that is why I’m for Ted Cruz.