With all the talk by establishment Republicans that Trump is “finished” because of his often over the top comments about people, one would think that he’d be falling in the polls now. But that guess would be completely wrong, apparently. This new poll is just adding to Trump’s rise. 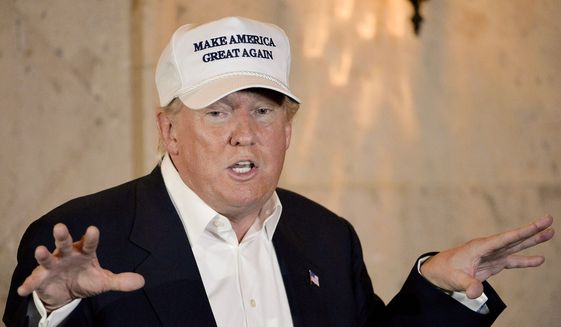 Trump has not only NOT lost any ground[1], he’s gained!

A Trumptastic start to the most interesting week of presidential polling this year so far, which should answer the question, “How much does a debate watched by 24 million people really matter?” If you’re a Trump-hater, good news: This was an online poll, and you know to be wary of online polls. Wait for your Gallup/NYT/WaPo/CBS/NBC/ABC/CNN/Fox polls before forming any judgments.

If you’re a Trump-lover, one word: Yuge. 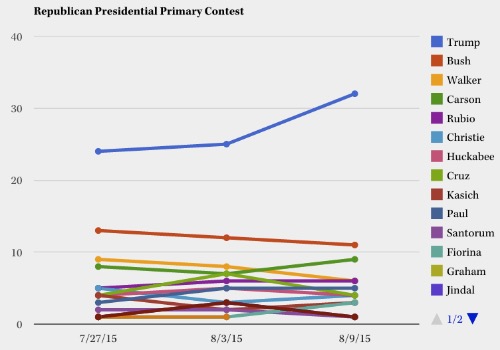 If you’re having trouble reading the graph, that’s Trump with 32 percent (up from 25 last week), Jeb Bush with 11, Ben Carson with nine, and Scott Walker and Marco Rubio tied with six. Is that result plausible, something we should expect other polls this week to replicate? Well, you tell me. Trump did have double-digit leads in several pre-debate polls last week — 11 points, specifically, according to CBS, Fox, and Bloomberg and even bigger leads in some others (14 points in Monmouth and 16 points in Rasmussen). A 21-point lead now wouldn’t be an unfathomable jump from those starting points, especially given the size of the debate’s audience. Likewise, Morning Consult detected some modest upward movement here for Carly Fiorina, rising from one percent last week to three percent now along with a sharp spike in her favorable rating. That’s the sort of thing you’d expect an accurate poll to capture given the consensus view that Fiorina’s performance was the biggest standout on Thursday night.

This is a pretty amazing ride for Donald Trump, isn’t it?