Aqua Budda Says Its Time For My Election Predictions, So Here Goes 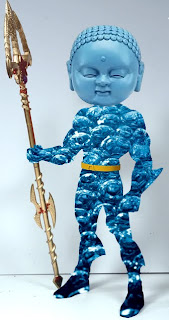 OK its time, because thinks have been so close and so fluid, I have yet to make my final prediction for the 2010 mid term election.:  But last night it all came to me in a dream, one of the key players of this election season, Aqua Budda was hovering over my bed telling me “its time Jeff, you need to man up.”

Maybe Aqua is correct, but on the other side, it is much too cold to go into the water, but either way below are my predictions for the out come of Tuesday’s election.

The last time there was a Republican Tsunami in 1994 the pickup was 52 seats. This time it will be much worse. In ’94 the as Bill Clinton was, there was always a feeling that he was doing things because he “felt our pain.” This President is different, along with his progressive team and the mainstream media he has fought against the people implying that those who disagree with the progressive policies are either too racist or too stupid to understand them. If anything this arrogance has inflamed the grass roots American and damaged the Democratic party chances even further.

The House Presently the party split in the house is 255 Democrats, 178 Republicans (2 open seats). Most pundits are predicting between a 55 and 60 GOP gain:  in the house. I think those predictions are slightly on the conservative side. My analysis shows that right now there are 220 solid GOP seats and about 45 in the toss up category. Splitting the toss up baby in half we are looking at the very least 242 seats for the GOP after election day, a pick up of 64 seats. Depending on the turnout that 64 can be even higher. But for now I am sticking with a minimum pick up of 64.:  However, when you look at the early results coming it, if you see:  GOP wins in typical Democratic Districts like NY-22, where Hinchey is the incumbent Democrat:  and MA-4 where Barney Frank is the incumbent, my prediction of 64 seats will be way too conservative.

Senate We start with a Democratic party having a 59-41 advantage in the Senate (that includes the the two independents who caucus with the Democrats). There are 37 total seats up for grabs.The GOP needs to pick up 10 new seats to take over the Senate, however its difficult to see where those ten seats can come from. Aqua Buddah agrees with me that the result will be GOP +8.

Right off there are 4 seats guaranteed (by Aqua Budda) to switch over to the GOP:
Arkansas: Boozman over:  Lincoln
North Dakota: Hoeven over Potter
Pennsylvania::  Toomy over Sestak
Wisconsin: Johnson over Feingold

To win the Senate the GOP would have to win all of the seats that are still in the toss-up category:

Understand that that these seats are so close they could all go GOP (or Democrat for that matter).

There will be at least one race that at first appears to have been won by the that will be “Al Frankened.” Mysteriously one via absentee ballots showing up in weird places weeks after the election.

Carl Palidino NY Governor Candidate will be arrested for assault and battery sometime in the weeks after the election.

Either Bill Maher or Paul Krugman’s Head will blow up when discussing the result of the election.

Dustin Dominiak[1], the Creep who wrote the Gawker Story about Christine O’ Donnell will not have another intimate encounter until after the 2012 election.

New York Times Columnist Tom Friedman will get married…to himself.

Presidential Adviser David Axelrod and his new lover[2] will leave Washington DC:  to find peace on a farm 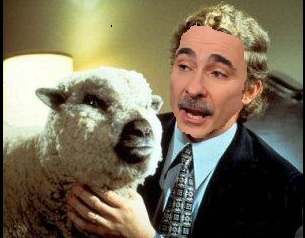 
The Tea Party will be just as strong, and will be all over the GOP if they screw up

George Soros will still be going after Fox News and especially Glenn Beck after the election. The arrogance of the progressives will cause them to fail to understand what happened on Nov. 2, they will blame the ignorance of the people and the supposed bias of one TV Network. But in “progressive central” that will be just a smoke-screen as they work behind the scenes to make sure the progressives re-take the government in 2012.

And finally Aqua Budda predicts that the President and his progressive troops will not moderate, there will be no real Bill Clinton-type pivoting by Barack Obama.

Jeff Dunetz is editor of the Political Blog The Lid[4], a contributor to American Thinker[5], Big Government[6],Big Hollywood[7],Big Journalism[8], and Big Peace[9].