What a fantastic idea![1] There are advantages to having a genius neurosurgeon running for the presidency – we get things like this. Just simply brilliant. Dr. Ben Carson came up with the hashtag: #IAmAChristian in the wake of the horrific Oregon shootings, where if a Christian admitted their faith, they were executed on the spot. Carson is asking people to change the picture on their Facebook and Twitter pages to the picture he provides. He has over four million followers and the idea has now gone viral. It’s a fantastic use of social media and people get to proudly profess their faith. It literally shows that they are not afraid to stand for Christianity. I love it! 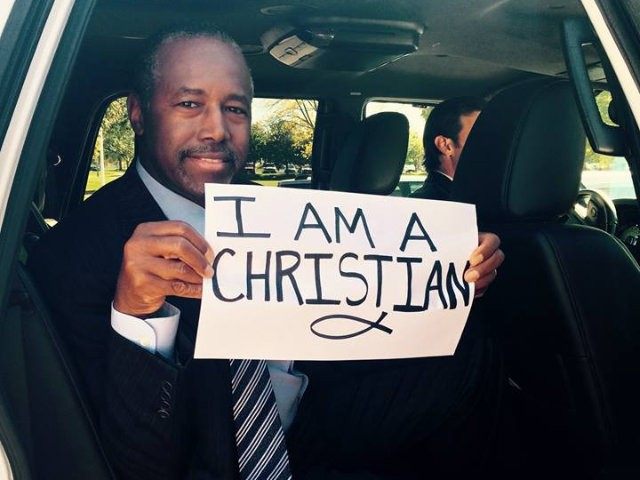 Dr. Ben Carson, a 2016 GOP presidential candidate and world-renowned neurosurgeon, has launched a social media response effort to the Oregon gunman’s reported targeting of Christians in his shooting spree on a community college campus on Thursday.

In one of several consecutive Facebook posts[3], Carson urges his millions of followers to change their Facebook photograph to an image of a hashtag: #IAmAChristian. The other Facebook photograph[4] shows Carson holding up a piece of paper with the words “I am a Christian” written on it.

“Please consider changing your profile picture to honor the victims and their families,” Carson writes under the one with the hashtag photograph.

“Yes, #IAmAChristian,” Carson writes under the one with the photograph of him.

A third post[5] gives a more detailed message from Dr. Carson explaining his thought process behind the slogan:

Today, many of your questions were in regards to the sorrowful event that took so many precious lives in Oregon yesterday. We don’t have all the details yet, but as time passes more are coming out. Millions of people are posting pictures of themselves declaring they are Christians in support of the victims and their families. I did so on Facebook this afternoon. If you have a moment, please consider doing it as well. Email me your pictures and I will put them on the website. Send them to [email protected]

It is times like these when We the People must be United!

As I sit here, I must be honest with you – I was planning to answer more questions, but now it seems inappropriate. I would like to spend this night together remembering how important each life is – please join me in praying for the victims and their families. Please pray for the healing of our Great Nation.

An eyewitness of Thursday’s shooting at Umpqua Community College in Roseburg, Oregon said that the killer, named by police as Chris Harper-Mercer, asked students about their faith and executed those who professed to be Christians.

“A gunman singled out Christians, telling them they would see God in ‘one second,’ during a rampage at an Oregon college Thursday that left at least nine innocent people dead and several more wounded, survivors and authorities said,” the New York Post reported[6].

The Post quoted Stacy Boylen, a woman whose daughter was wounded in the shootings, to detail exactly how the gunman targeted Christians: “[He started] asking people one by one what their religion was. ‘Are you a Christian?’ he would ask them, and if you’re a Christian, stand up. And they would stand up and he said, ‘Good, because you’re a Christian, you are going to see God in just about one second.’ And then he shot and killed them.”

Democrats, including President Barack Obama, have seized the shooting as an opportunity to push for more gun control. But Carson has instead put the focus on mental health issues in America–and now on the fact that the shooter reportedly targeted those of Christian faith.

“Well, obviously, there are going to be those who are going to be calling for gun control,” Carson said in an interview with Hugh Hewitt on Thursday. “But you know, that happens every time we have one of these incidents. Obviously, that’s not the issue. The issue is the mentality of these people. And we need to be looking at the mentality of these individuals and seeing if there are any early warning clues that we can gather that will help us as a society to be able to identify these people ahead of time.”

Carson’s Facebook page[7] has more than 4 million followers, and both photographs are already going viral. The candidate’s brilliant use of social media—among many other things—has helped propel him to the top tier of the 2016 GOP pack.

He’s also used social media as a tool to become one of the field’s most prolific fundraisers from grassroots donors, hauling in[8] $20 million last quarter in mostly small dollar donations from all over America.

While Obama seized on the gun issue, which this is not about… Carson rightly turned his attention to the mental instability of the shooter and the religious persecution angle. Instead of using blatant political talking points, Carson turned towards God and his faith. I truly believe Ben Carson is a good and principled man and this showcases that. There are a lot of people because of this now gravitating towards Carson and his fundraising shows it. Over $20 million in little donations came in last quarter and it is growing. Carson in his quiet, courageous manner is taking huge strides in the presidential race. And he’s not afraid to say he is a devout Christian or say what he believes concerning radical Islam. I stand with Ben Carson and proclaim #IAmAChristian. 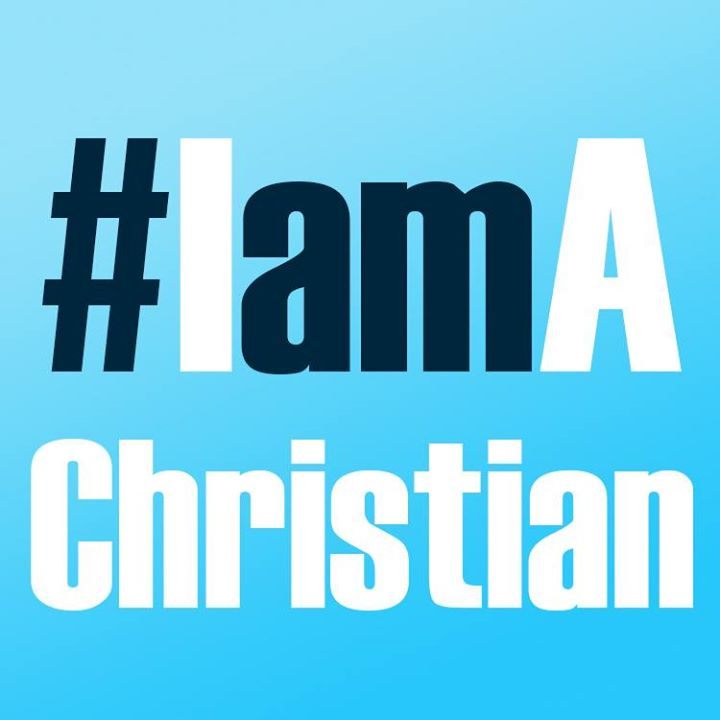