Dr. Ben Carson has just announced[1] he is suspending his run for the presidency temporarily. Some of his staff members were in a serious accident today… one of them is in grave condition. Carson will fly to Omaha to be with that staff member’s family. Three student volunteers and a campaign staffer were in the vehicle that slid on an icy road. Just this weekend, Carson took the stage at the South Carolina Tea Party Coalition Convention in Myrtle Beach, where he told enthusiasts that “every venue” during his latest Iowa swing “was standing room only.” He added, “I believe God is hearing the cry of many people in this country.” My prayers are with his staffer, volunteers, their families and Dr. Carson as well. 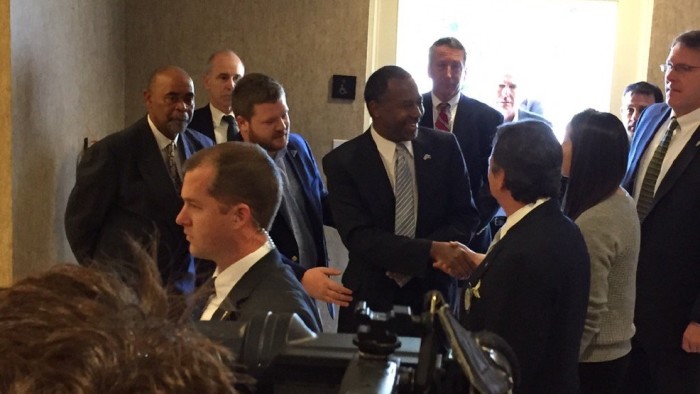 CHARLESTON, S.C. (WCIV) — After appearing in Myrtle Beach and Columbia, Presidential candidate Ben Carson returned to the Holy City Tuesday and announced he was suspending his run for the presidency.

Dr. Carson appeared at the Historic Rotary Club of Charleston’s weekly luncheon and broke the news that some of his staffers were in a bad accident, saying one of them was in “grave condition.”

Carson said he planned to fly to Omaha to be with the staff member’s family. He said three student volunteers were involved in the accident and that their van slid on an icy road.

The vehicle slid on the ice, then flipped and was struck by another vehicle. The volunteers and staffer were not identified by the campaign. Three of the four are being treated at Cass County Memorial Hospital in Atlantic, Iowa and the fourth at the University of Nebraska Medical Center in Omaha. The fourth person is in the trauma center. “Dr. Carson is asking people to join him in prayer for all the individuals and families involved,” his campaign said in a statement. Dr. Ben Carson is a good man who really cares about those around him. This shows the character the man has. Carson, who had been in Charleston. SC, for a campaign event, said he has cancelled all remaining campaign events Tuesday, after learning of the accident, and will be traveling to Omaha to be with the families of the injured staffers. 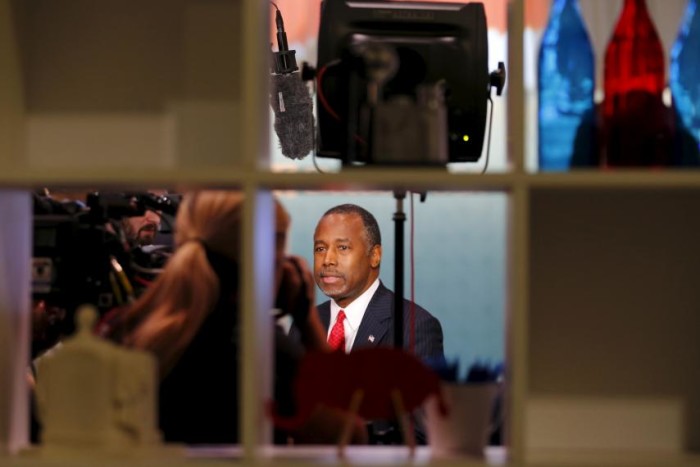