BREAKING: GOP Candidate Suspends Campaign – No One Saw This Coming

I didn’t see that one coming… not yet anyway.[1] There are so many others who could have bowed at first. Starting with people like Kasich, Christie and Fiorina. Today, Rand Paul dropped out of the presidential race thinning the herd for the nomination. With only a 4% backing at best, he was never going to cinch the nomination. Frankly, he should have backed out some time ago. I will never respect Rand Paul again after he basically called Ted Cruz a liar in the last debate. I do not trust someone who supports Mitch McConnell and seems far too cozy with the establishment. His stances kept shifting as well. I look for him to probably back Trump, just as I figure Huckabee and Santorum will. Ron Paul’s followers never fully embraced Rand Paul for some of those same reasons. I also found Rand Paul’s approach (just like his father’s) to national security highly troubling. It was time to go and we wish all the best to the Senator from Kentucky. 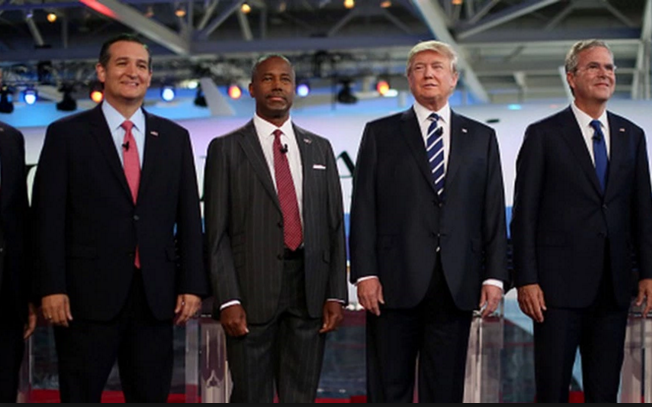 Sen. Rand Paul (R-Ky.) announced Wednesday that he is suspending his presidential campaign, bringing an end to a bid that began with aspirations of expanding the libertarian base that his father, Ron Paul, built into a powerful national coalition.

“It’s been an incredible honor to run a principled campaign for the White House,” Paul said in a statement. “Today, I will end where I began, ready and willing to fight for the cause of Liberty.”

The low-key, philosopher-quoting senator struggled in a year dominated by hard-line outsiders such as Sen. Ted Cruz (Tex.) and businessman Donald Trump to get attention, and his non-interventionist views on foreign policy were not embraced by Republicans as terrorism and unrest raged abroad.

Paul tried to appeal to too many factions rather than standing rock solid on his principles. He went mainstream political. Paul, a 53 year-old ophthalmologist, was elected to the Senate in 2010 as part of the GOP’s Tea Party wave. He will return to his work in the chamber and to his Senate reelection campaign, where he remains a top target of Democrats as they try to retake the majority this year. At one time I considered him Tea Party. I don’t anymore. Elections are revealing and I did not like what this one revealed about Rand Paul. According to Paul’s campaign aides, the candidate decided to drop out after a disappointing finish in Monday’s Iowa caucuses, where his father had placed a strong third in 2012. Over the past day, Paul began to inform his key aides and donors that he would leave the race. In his statement, Paul expressed confidence that his campaign, while unsuccessful, offered Republicans an alternative by focusing on issues he thinks are crucial to attracting minorities and young people to the party. He’s just not my cup of tea.