BREAKING: John McCain Diagnosed With Brain Cancer At The Age Of 80

News just hit John McCain like a ton of bricks – he’s been diagnosed with brain cancer[1].

The 80 year-old Rep. Senator for Arizona went through surgery last week for what many thought to be a blood clot sitting above his eye. 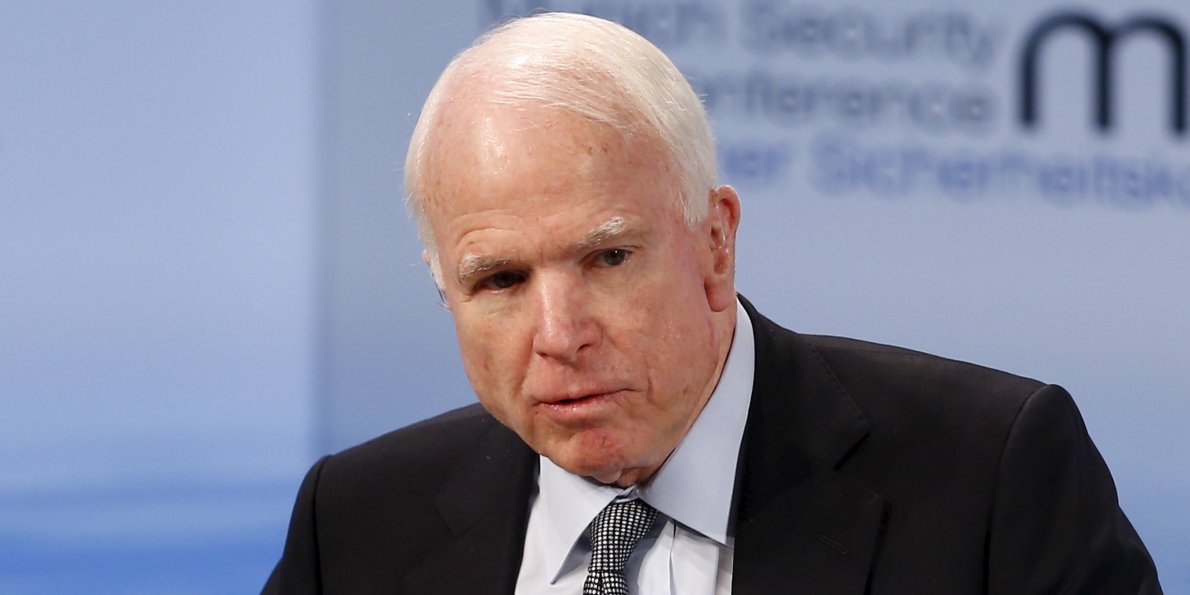 The Senate was getting anxious for his return and deferred voting on Trump’s healthcare bill until he had come back to take part.

On Wednesday, McCain’s family disclosed that after the surgery, doctors found cancerous tissue in his brain.

A statement from the family went as follows:

‘On Friday, July 14, Sen. John McCain underwent a procedure to remove a blood clot from above his left eye at Mayo Clinic Hospital in Phoenix. Subsequent tissue pathology revealed that a primary brain tumor known as a glioblastoma was associated with the blood clot.’

President Trump, who just last week gave a bit of jab to the Senator’s ‘crusty’ condition of a blood clot, sent his well wishes after learning of the change late on Wednesday night. McCain’s Fox News host daughter Meghan also shared an affectionate message in which she described him as a ‘warrior at dusk’ who would not be foiled by the disease.

McCain, a Vietnam veteran who was held as a prisoner of war, is no stranger to cancer, as he has fought previous battles with skin cancer.

There was no information on the level of danger his brain cancer contains, but his office said it would stay hopeful that the treatment would be effective.

He told Rep. Linsey Graham he would be staying in the hospital to receive treatment after the news was clear and had emerged, saying:

‘I’m gonna stay here a little bit longer, take some treatments and I’ll be back.’

In their statement, the family went on to say:

‘He is in good spirits as he continues to recover at home with his family in Arizona.’