Well, this is a very sad day[1]. Former Sheriff Joe Arpaio, 85, was found guilty today of criminal contempt. He was nailed for refusing to stop traffic patrols that targeted immigrants. This is something that Obama wanted to happen and it looks like he stacked the courts just enough to ensure it. Arpaio lost his last bid for office and heavily supported President Trump in his campaign. The man stood solidly on trying to uphold the rule of law against illegal immigrants and look what it got him.

Sheriff Joe spent 24 years in office, fearlessly serving the residents of Phoenix and Arizona in general. He avoided two other phony-baloney criminal investigations slung at him by Obama, but the third time’s the charm evidently. Arpaio was found guilty of misdemeanor contempt-of-court for ignoring the 2011 court order to stop his immigration patrols. He could face up to six years in prison… just long enough for them to kill him. Asshats. His attorneys think it is unlikely they would throw a man of his age in prison. I hope they are right. 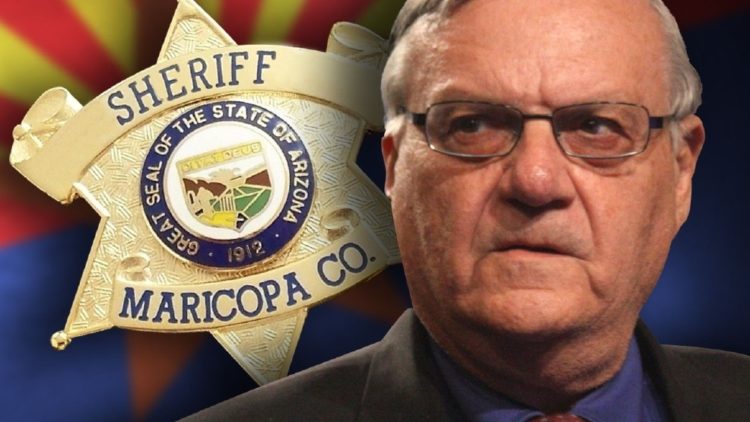 PHOENIX (AP) — Former Sheriff Joe Arpaio was convicted of a criminal charge Monday for refusing to stop traffic patrols that targeted immigrants, marking a final rebuke for a politician who once drew strong popularity from such crackdowns but was ultimately booted from office as voters became frustrated over his headline-grabbing tactics and deepening legal troubles.

The verdict from U.S. District Judge Susan Bolton represents a victory for critics who voiced anger over Arpaio’s unusual efforts to get tough on crime, including jailing inmates in tents during triple-digit heat, forcing them to wear pink underwear and making hundreds of arrests in crackdowns that divided immigrant families.

Arpaio, who spent 24 years as the sheriff of metro Phoenix, skirted two earlier criminal investigations of his office. But he wasn’t able to avoid legal problems when he prolonged his signature immigration patrols for nearly a year and a half after a different judge ordered him to stop. That judge later ruled they racially profiled Latinos.

Prosecutors say Arpaio violated the order so he could promote his immigration enforcement efforts in an effort to boost his 2012 re-election campaign. You know, I don’t see it that way. I see a man who was dedicated to doing his job and actually following the law. Arpaio did level blame at one of his former attorneys for not explaining to him thoroughly enough the consequences of not following a court order. His defense also focused on what his attorneys said were weaknesses in the court order that failed to acknowledge times when deputies would detain immigrants and later hand them over to federal authorities. In the end, it failed to work.

Instead of waiting for ICE to do their job, Arpaio made hundreds of arrests in traffic patrols that ferreted out immigrants and he conducted business raids in which his officers targeted immigrants who used fraudulent IDs to get jobs. Arpaio’s immigration powers were eventually stripped away by the courts and by the federal government. The charges brought against the beleaguered sheriff are probably what cost him the last election. It’s a sad end to a brilliant career. Arpaio should be honored, not prosecuted. This bites. 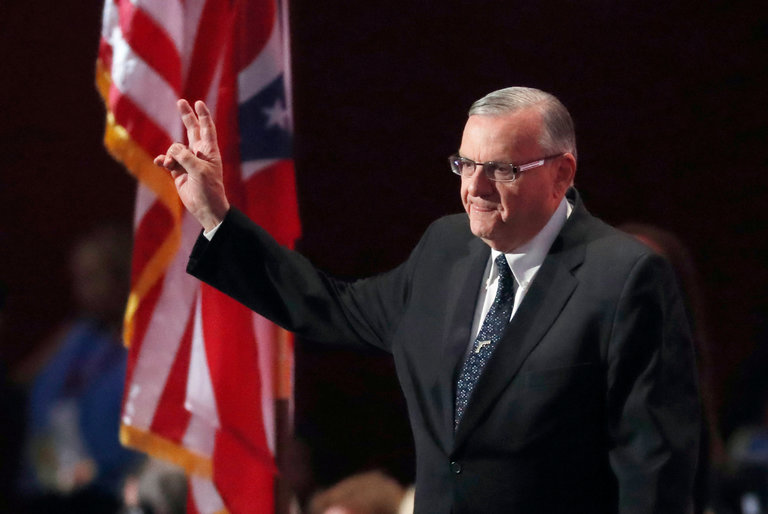