BREAKING: Speaker Paul Ryan Just Got MASSIVE Bad News – Could This Be The End? [VIDEO]

Paul Ryan may be against Trump right now…[1] but that is only until he cuts a deal. Frankly, I don’t care if the guy is for or against Trump, he needs to go… yesterday. Paul Nehlen is giving Ryan a run for his money in Wisconsin and he’s got a killer ad out. I bet it works too. You need to watch it… it’s well done and appeals to small businesses, bikers and the common man. I love it! Ryan has betrayed Americans and specifically Wisconsin voters at every turn. He’s the very definition of establishment and can’t be trusted. Maybe they should arm wrestle. Nehlen would win, I have no doubt. Heh. 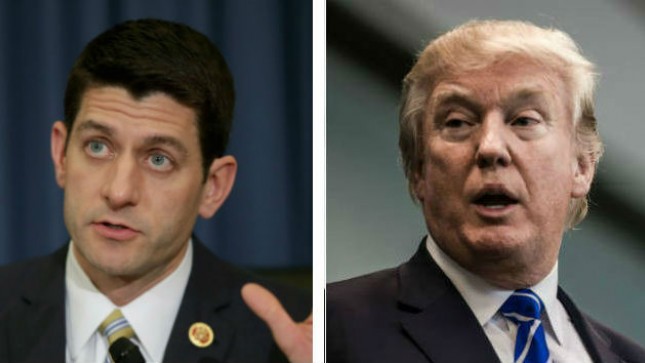 House Speaker Paul Ryan was blistered by his Wisconsin primary opponent Paul Nehlen throughout an interview with Breitbart[3].

Nehlen argued that more than four-fifths of Ryan’s campaign funding came from sources outside his district, claiming that Ryan had essentially “sold his vote.”

“The same people that are donating to his campaign want these open border initiatives,” he added. “This isn’t a Free Trade deal,” Paul Nehlen stated. Asked if he genuinely believed that Ryan had sold his vote, Nehlen answered: “I absolutely believe that. The FEC reports back me up,” he argued. “This isn’t my contention. This is a fact.” I agree with Nehlen on this one. Ryan has sold a bill of goods at home and then when he rolls into DC, he forgets his promises and plays the Beltway game. I think we are all sick of that. Nehlen called Speaker Paul Ryan “a mercenary champion of this Trans-Pacific Trade Partnership,” stating “and that’s why I’m running. … I was outside Abbott Labs just a week and a half ago … 180 employees, IT workers, Americans, have been replaced by H1-B visa holders. “I was there with Michelle Malkin and Sara Blackwell, an attorney out of Florida who is donating her time pro bono filing EOC complaints” on behalf of the Americans losing their jobs, he added. “The jobs aren’t going away,” Nehlen said. “They’re bringing in people to replace Americans in those jobs. And this Trans-Pacific Trade Partnership, it makes it worse. It codifies the opportunity for them to bring workers here and replace us. They won’t even have to go through the paperwork of filing H1 Visa forms.” Good luck to Nehlen… I’m rooting for him and I hope Wisconsin is too.