Representative Matt Gaetz (R-FL) called for Robert Mueller to be fired in a speech delivered to the House of Representatives on Wednesday because of his “indisputable conflicts of interest.” 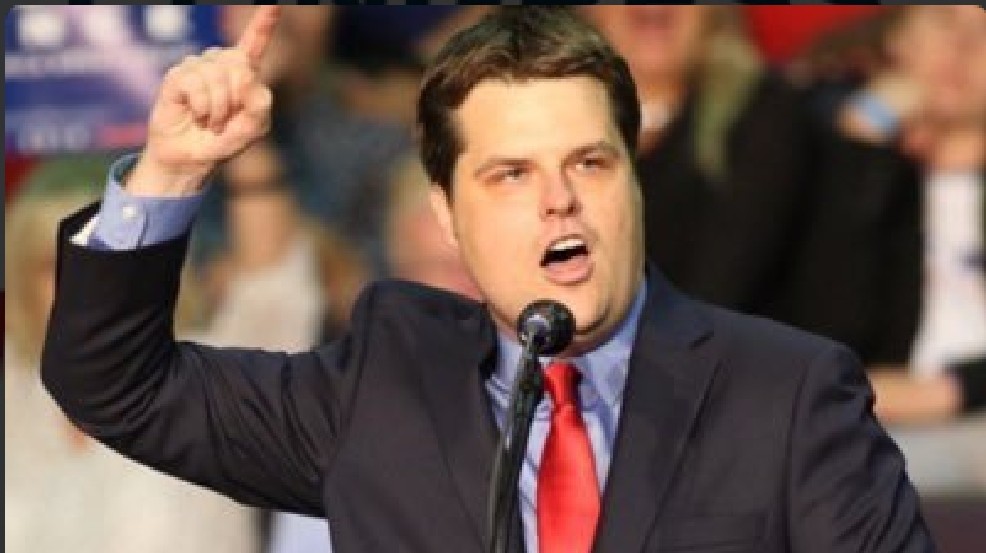 “We are at risk of a coup d’état in this country if we allow an unaccountable person with no oversight to undermine the duly-elected President of the United States,” Gaetz said. “That is precisely what is happening right now with the indisputable conflicts of interest that are present with Mr. Mueller and others at the Department of Justice.”

“I join … in calling for Mr. Mueller’s resignation or his firing,” Gaetz continued.

"I'm calling for Mr. Mueller's resignation or his firing" pic.twitter.com/rEpobJCn8V[2]

Just last week, Mr. Gaetz proposed a resolution that says Mueller is a compromised Special Counsel. This is due to the fact that Mueller was serving as FBI director when the Russian company purchased uranium operations in the U.S in 2010.

“These deeply troubling events took place when Mr. Mueller was the Director of the FBI. As such, his impartiality is hopelessly compromised. He must step down immediately,” Gaetz publicly released in a statement on Friday.

The resolution has two co-sponsors, Reps. Andy Biggs (R-AZ.) and Louie Gohmert (R-TX). Both are members of the Freedom Caucus.

Gaetz didn’t stop there. He also pleaded for the Justice Department to appoint a special counsel to “investigate the Clinton Foundation, the Uranium One deal and the Fusion GPS dossier.” These demands come on the heels of the first indictments to come about from the Mueller investigation into Russian interference in the 2016 election.

President Trump’s former campaign chairman Paul Manafort was charged with multiple counts, including conspiracy against the United States and money laundering. No one even cares that these alleged crimes happened ten years before the campaign, but hey, someone need to pay for Trump being president. Richard Gates, a former associate of Manafort’s, was also indicted.

The White House has shown no indication that they wish to fire Mueller.

“There is no intention or plan to make any changes in regards to the special counsel,” said White House Press Secretary Sarah Huckabee Sanders while speaking to reporters last week.

I for one am shocked, shocked I tell you, to see what is happening. It’s like there are special rules for those in power and other rules for those of us at the bottom of the proverbial food chain. You know, like when the California senate exempted themselves[4] from California Gun Laws. They can all rot for all I care.