Well, this just made my day a whole bunch brighter[1]! I think this is terrific, but I’m not really surprised. I actually predicted this would happen last summer as I saw the two of them meeting and appearing together. It makes total sense. They are the two strongest opponents of Obama’s out there, so why wouldn’t they join forces and bring back the Reagan era? Polls are now showing Trump running away with the nomination – he has, depending on the poll, between 38% and 51% behind him now and it is growing. He’s speaking out against the refugees that Obama is bringing in, along with ISIS. Trump is going after the mosques. He’s pounding on the illegal immigration issue too. And don’t forget jobs – an issue that Americans are clamoring for. Picking Cruz ensures that if Trump gets the nod, this will be a landslide victory. It will be historic. 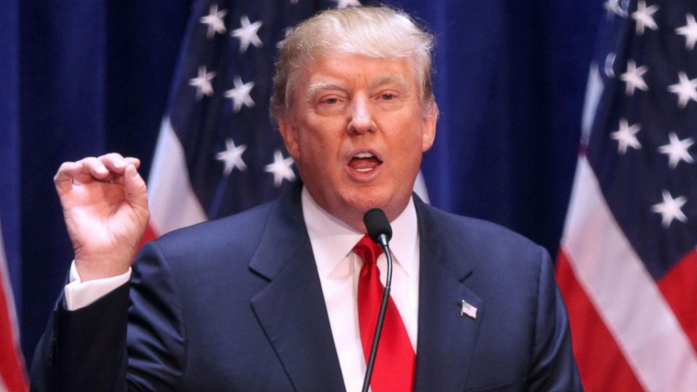 As GOP presidential candidate Donald Trump continues to lead in most polls — in some by rather large margins — what might have once seemed like a longshot (remember back at the beginning of the summer) now increasingly is real possibility. So it’s natural to start imagining who Trump might pick as his running mate, should he go all the way to receive the GOP nomination.

Today, Trump came as close as he’s come yet to naming who that person might be. And I know some of you are going to be disappointed, while others of you will love it.

“Ted Cruz is now agreeing with me 100 percent,” he said when asked about his vice presidential pick, according to Lifezette[4].

“Well, I like him,” Trump told radio host Laura Ingraham during her broadcast. “He’s backed everything I’ve said.”

Unlike most of the Republican presidential hopefuls, Cruz has mostly refrained from attacking Trump, even appearing alongside him at a rally in September against the Iran nuclear deal.

The pair has also struck similar tones on topics such as border security and illegal immigration.

Still, Trump suggested[5] late Monday that he will turn on Cruz if he becomes a threat to his front-runner status.

“If he catches on, I guess we’ll have to go to war,” he told host Joe Kernen on CNBC’s “Squawk Box.”

Cruz and Trump are also on the same page in opposing President Obama’s plan to resettle 10,000 Syrian refugees in the U.S. Trump on Tuesday said Germany’s decision to accept the refugees is going to “destroy” that country.

While Cruz currently holds office — and therefore can’t be considered a complete “outsider” or “anti-establishment,” he’s known for shaking up the establishment from the inside. Given that, it’s easy to see how Cruz and Trump — the guy who largely set the anti-establishment, no-more-business-as-usual tone for this election cycle — might mesh well together.

But though Cruz is still a distant third or fourth in most polls, there’s no question he’s been gaining lately — both in polls and general share of voice in the GOP race — so still has a chance to give the Donald a run for his money in this race. If that happens, I hope Trump doesn’t go full-on nasty on him if he indeed decides to “go to war”; either one of these candidates would be a refreshing show of strength compared to our wimp-a** current president. As Trump aptly notes:

“He’s supposed to be a cheerleader for this country,” Trump said. Instead, “he just acts like a defeated man.”

In any case, we’ve got quite an interesting number of months ahead to look forward to, folks!

I hope that Trump doesn’t turn on Cruz if he gains on him. We need one of these guys or both to stop the Marxists. Here’s what I think… I think they made a pact. Cruz would attack and eviscerate from within the political machine; Trump would smack the media and the politicos from without. It’s a two-pronged, brilliant strategy. And it’s working like a charm. Americans love it. Trump and Cruz pretty much see eye to eye on every issue and they like each other. They both hate Obama, which works too. If Trump is naming Cruz now, he’s pretty confident he’s going all the way. You can bet these two have also quietly picked their cabinet. That’s why Trevor Loudon and I formed the Cruz Coalition and both of these men have taken our advice. Reagan must be smiling somewhere, I know I am.