Claim: Reince Priebus was fired because of what Fox’s Kimberly Guilfoyle told him

This is something[1] I caught for myself on The Five the other night. I watched the show where Kimberly Guilfoyle said she was at the dinner the night before Anthony Scaramucci went on his profanity-laced tirade against Reince Priebus. The video below shows that. What it doesn’t show is the snippet where I heard her say out loud, on-air that Priebus was the leaker. I have no idea how she would know that, but she probably has reason to believe it.

Priebus has been making the rounds on the talk shows saying that it was an honor to serve under Trump and that there was no ill will when he left. He says he resigned the day before Trump tweeted it and Sarah Huckabee Sanders says the decision was made two weeks prior to the announcement. But it has long been rumored that Priebus was the source of the leaks out of the White House and Scaramucci seems to think he leaked the dinner. We’ll know if this is true if the leaks reduce or stop altogether. I can’t say I blame Trump on this, if I heard that, I’d fire him too. 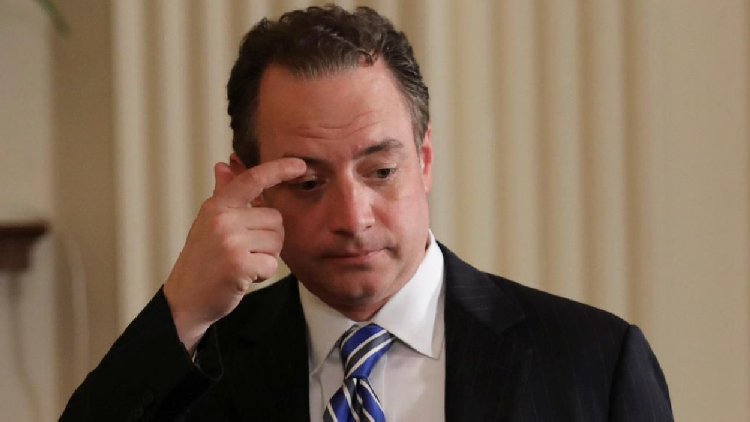 Reince Priebus is making the rounds on the talk shows [3]as the former White House chief of staff, but he likely won’t mention the role a Fox News host might have had in his ouster from the Trump administration.

In a report from the New York Times[4], a source revealed that “The Five” co-host Kimberly Guilfoyle told President Donald Trump that Priebus was the source of the leaks from his administration. She reportedly told him this during a dinner meeting Wednesday that was itself leaked to the press afterward.

“Ms. Guilfoyle told the president that Mr. Priebus was a problem and a leaker,” the report said, “someone who was not serving his agenda, according to a person briefed on the conversation.”

Whether this was the deciding factor in giving Priebus the axe, just two days later it was announced that he had resigned. Priebus has said that he notified the president of his resignation on Thursday, the day after the dinner.

One wonders if the White House is employing a technique called ‘salting’, where you release intel that has a mixture of truth and lies to certain people to determine who is leaking it. Guilfoyle’s disclosure to the President may not have gotten Priebus the ax, but it was surely one of the deciding factors here. Friday when Priebus went on CNN to speak about his departure from the White House, Wolf Blitzer asked him directly if he had been the leaker. Priebus gave a non-committal reply and only said that he was offended by the question being asked.

Personally, I think there is a good chance that Priebus was the leaker. He’s part of the establishment RNC and what better way to sabotage Trump from within than to leak what is going on there. I think letting him go was prudent. But I would bet everything that the decision was made long before Guilfoyle fingered Priebus as the leaker. It’s been coming for some time. The failure of the Republicans to repeal Obamacare was probably the last nail in Priebus’ coffin. Trump doesn’t tolerate failure and that got him fired.