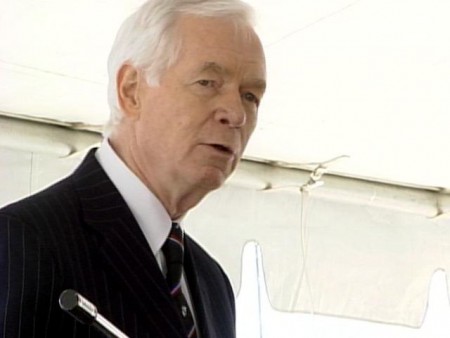 It wasn’t an honorable victory.

Cochran won by getting Democrats to vote in a Republican primary. This was done by touting his support of food stamps[2]. It was done by paying “walking around money” to buy votes[3]. It was done by smearing Tea Partiers as racists[4].

That’s what it took to re-elect a senile 76 year old man that few people even believe is mentally capable of serving out another term in the Senate.

The cost of that victory was the integrity, personal honor and reputations of prominent Cochran supporters like Haley Barbour, Karl Rove, Mitch McConnell, John McCain, the Chamber of Commerce and the NRSC, who were all undoubtedly congratulating each other on their sleazy victory last night, while today they’ll begin to try to distance themselves from the dishonorable conduct they winked at during the campaign. We may never know which of them was ultimately responsible for smearing Tea Partiers as racists or centering the run-off campaign around getting Democrats to vote in a GOP campaign. But what we do know is that if Haley Barbour, Karl Rove, John McCain, Mitch McConnell, The Chamber of Commerce or the NRSC found it unacceptable, they could have put their foot down and demanded the campaign put a stop to it. None of them did because they were just fine with using those sort of tactics to defeat grassroots conservatives.

In return, they will probably get their doddering moderate senator elected instead of adding another grassroots conservative in D.C. But, the cost will be millions of turned-off conservatives, fund raising hits for the already failing NRSC, and even more animosity and venom between Tea Partiers and the establishment.

What was it King Pyrrhus said after his “victory” over the Romans that cost him many of his best officers and troops?

“One more such victory and we are lost.”

How many more “victories” like the one Thad Cochran won yesterday can the GOP stand without shattering to pieces?