Congressman Tim Huelskamp: If GOP Surrenders On Shutdown Fight, It’ll “Anger The Entire Conservative Base Of The Republican Party”

The problem with the GOP establishment Republicans : is that they begin every fight believing that nothing is ever worth fighting for and then they immediately surrender the first time the fight gets tough to prove it. The problem with that kind of thinking is that if you’re not willing to fight for anything in politics, you never accomplish much of anything either. 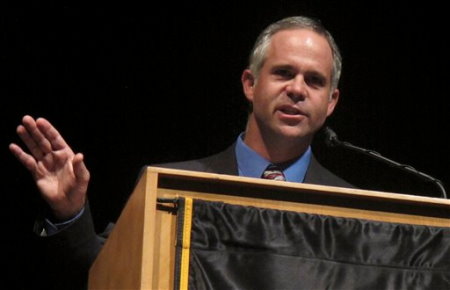 Tim Huelskamp gets that[2]. Do the GOP’s leaders in Congress get it, too?

Representative Tim Huelskamp (KS-1) issued the following statement, warning the GOP establishment that caving (on the shut down) would be a huge mistake:

“If true, such an abandonment of conservative principles would dispirit, dismay, and anger the entire conservative base of the Republican party — and for any of my colleagues pushing such a deal, it would seriously jeopardize their future chances of becoming elected leadership in the House. Now is the time to stand firm–not capitulate to the Left.

“It is my hope that Republican leadership will not abandon our principled opposition to ObamaCare. Claiming to oppose ObamaCare while simultaneously allowing 98% of it to move forward would be in direct contradiction to the Pledge to America and nearly every other campaign promise made by Republicans in the last three years.”

I can’t speak for anyone else, but my position is that if the GOP doesn’t have the courage and the skill to win a political shutdown battle when Obama is publicly saying he won’t compromise while he picks on kids with cancer and veterans while he kicks old people out of their homes, then they’re just not up to the job and it’s time to step aside. McConnell’s willingness to deliberately undercut the House in an effort to give in as fast as possible shows he’s not fit to lead, but Boehner for all his flaws, is still in the game. Conservatives are watching and his speakership is on the line. Whether he knuckles under or at least fights to get some concessions will prove whether he’s worthy to continue to lead.