Did Trump TAKE the $6 Million Raised at Vet Fundraiser for His OWN Donald J. Trump FOUNDATION?

Even if Donald Trump did run the money[1] through his own foundation, so what? As long as it gets to the vets (and trust me, people will check), who cares! This was a last minute deal and it was probably the most expeditious way to do it. They say Trump’s foundation does not have a record of giving much to military causes. That may be true, but we aren’t talking about the past. We are talking about a current event to raise money for the military. In fact, I’m sure Trump wants to decide exactly which military charities get the funds and how much each one gets. This whole dust up over him running it through his personal foundation is just silly. What he did last night for vets is wonderful and should not be disparaged like this[2]. 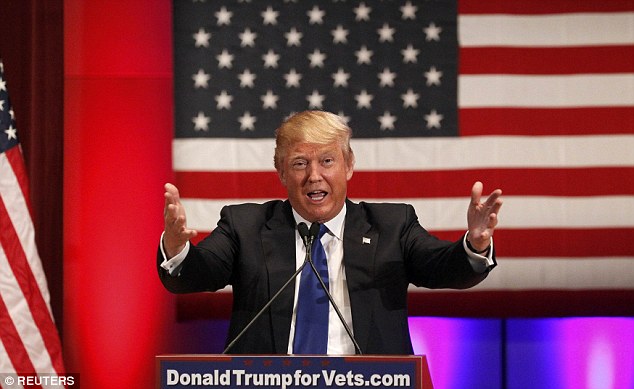 Donald Trump told a standing-room crowd on Thursday that a collection of his wealthy friends have donated more than $6 million to his personal foundation to benefit American military veterans.

Rattling off a list of donors and dollar amounts, he wowed an audience at Drake University in Des Moines, Iowa who came to see him instead of watching a Republican presidential debate hosted by the Fox News Channel less than 2 miles away.

‘We actually raised close to 6 [million], to be honest, and I have to say, more will be coming,’ he boasted. ‘I think this money is going to continue to pour in.’

By night’s end, he announced that the $6 million barrier had been broken.

But a Fox News spokesperson said Thursday night that The Donald, the GOP front-runner, had offered to come to the debate instead of boycotting it in exchange for a $5 million donation from the network.

I’ll bet Trump did try to hit Fox up for a $5 million donation for vets in exchange for his appearance. I don’t see anything wrong with that considering the way they treated the man. The other issue floating around out there is that there are military organizations that are furious he is using the military like this. Careful. I’ve looked at them and every one I saw was backed by leftists. This is another attempted smear at Donald Trump and it is just despicable. It doesn’t matter what the man does, they’ll find fault with it and skew it into something ugly and dishonest. I’m sick of it. I’m for Cruz, but this is just dirty pool. He raised $6 million last night… no small amount and more is pouring in. ‘Carl Icahn gave $500,000,’ Trump said onstage of his longtime industrialist friend. ‘One quick phone call.’ And he announced his own contribution to wild applause: ‘Donald Trump gave $1 million, okay?’ he said. John Wayne Walding, a 23-year veteran who lost his right leg during a 7-year stint in a Special Forces unit, also took his turn at the microphone. Trump introduced him as an ‘amazing’ sniper and sniper instructor who had been deployed to both Iraq and Afghanistan. ‘I feel cooler than Burt Reynolds, being introduced by Mr. Trump,’ he said. Huckabee and Santorum joined Trump at the event. Trump ruled the night again last night. He was the debate even without being there. 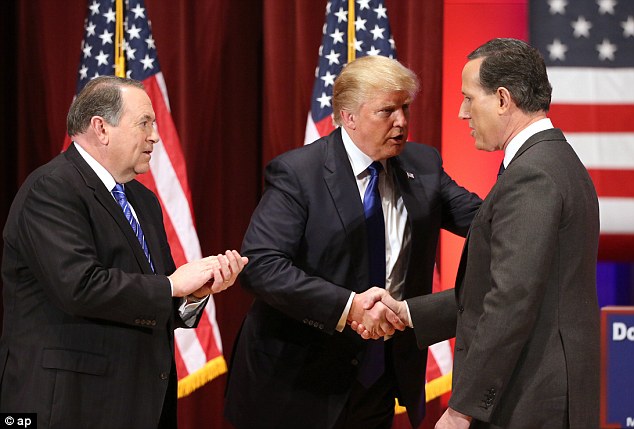 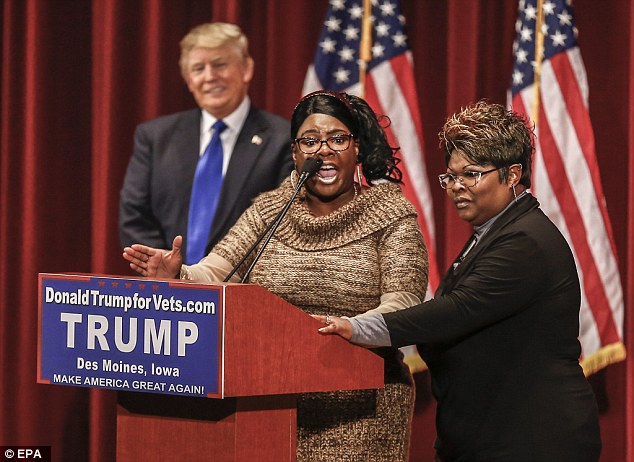 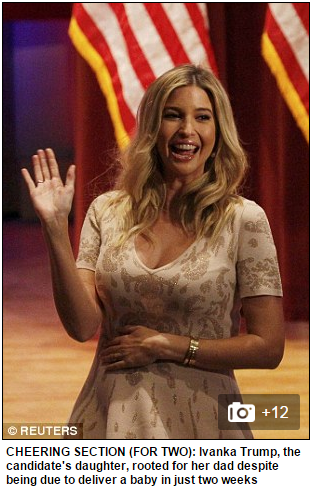 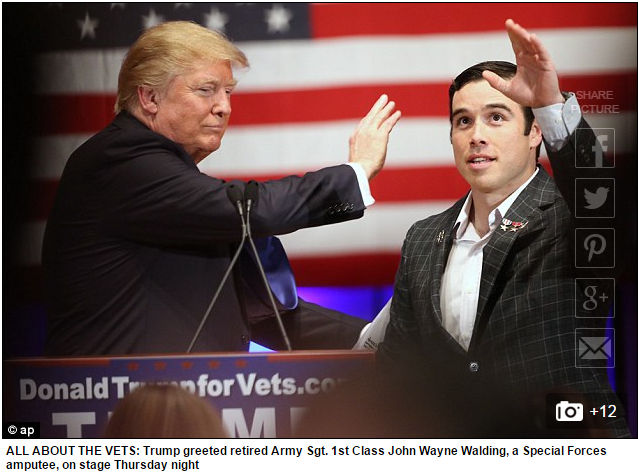 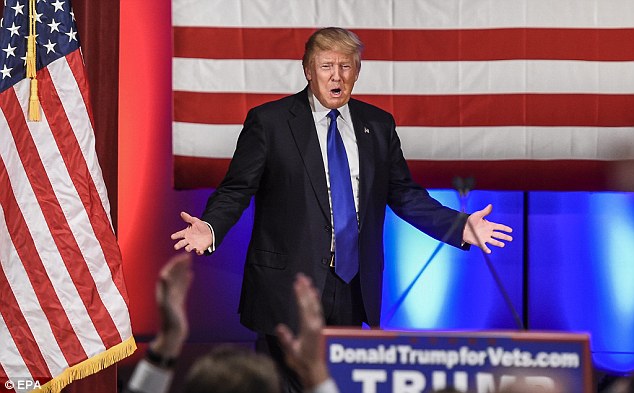