Rand Paul slammed Donald Trump as a “fake conservative” in an article at The Journal this week and, naturally, The Donald took to Twitter to slam Paul right back. 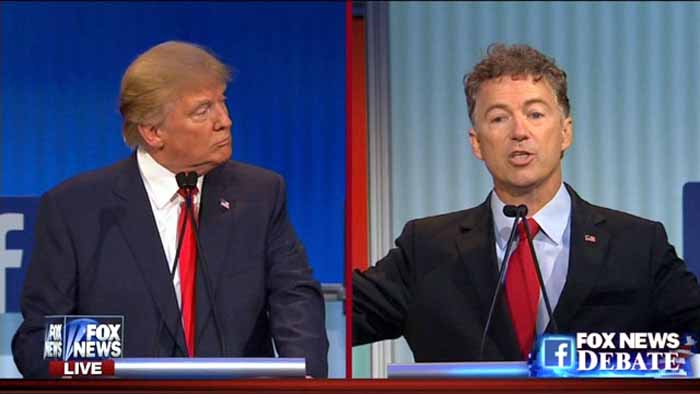 Rand wrote that Donald Trump is no conservative. “I honestly have no idea what Mr. Trump’s real philosophy is. He was liberal before he was conservative, and has openly professed for decades that his views are those of a Democrat,” the Senator wrote[1] on Sunday.

Paul went on to lay out Trump’s very liberal past history and ultimately asked, “Are conservatives really willing to gamble about what Donald Trump really believes in?”

Why is @RandPaul[2] allowed to take advantage of the people of Kentucky by running for Senator and Pres. Why should Kentucky be back up plan?

Truly weird Senator Rand Paul of Kentucky reminds me of a spoiled brat without a properly functioning brain. He was terrible at DEBATE!

So, what do you folks think? Who is right, here? Is Rand Paul right? Do we need to know more about Trump? Or is Paul just out of line, here?