Seriously? I think this is cute and funny.[1] As Trump was taking kids for a ride in his $7 million dollar helicopter, an intrepid aspiring super hero asked him if he was Batman. The Donald didn’t hesitate and forcefully proclaimed (with a twinkle in his eye) that he was indeed Batman. The kids laughed and Trump just lit up. You can tell he loves children. This was of course right after some schmuck reporter from CNN asked Trump under what circumstances would he use a nuclear weapon. He proceeded to ignore said media troll. Trump had a blast in Iowa and thousands flocked to him – three times the number who followed Clinton, Sanders and Bush. Smell’s like victory, doesn’t it? 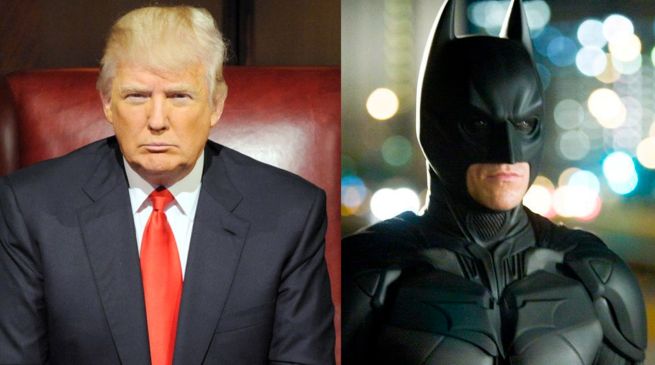 During a campaign stop in Iowa, Trump took some kids and their parents for a ride in his customized Sikorsky S-76B helicopter. Trump also fielded questions, declining to answer a reporter’s question about what circumstances he would use a nuclear weapon under, according to CNN[3].

However, when a kid posed the question to Trump of if he was Batman, Trump did not hesitate to provide an answer. Trump replied, “I am Batman.”

Part of me wonders if Trump is Batman. I mean, did you see his immigration plan? If that isn’t super heroish, I don’t know what is. He’s trying to save the entire country and make America great again. These people will go after Trump on anything, even when he’s kidding around with children. Give it a break. Trump could have been talking to hundreds of adoring potential voters, but he chose to give children rides in his helicopter instead. He plunked their little butts down on creamy Italian leather, buckled them in with solid gold seat belts and flew them around and around at his own risk and expense. I don’t see other candidates taking time to actually play with children, much less answer their questions. In my book that makes Trump a hero… just please, no tights.