The United States Supreme Court has ruled.:  The obama”care”tax is Constitutional. 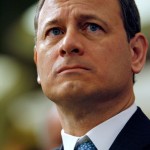 [1]Of course, that depends on what your definition of tax is.

Institutionalized “progressive” leftists in the “mainstream” media have mockingly praised the majority opinion of swing vote Chief Justice Roberts.:  Conservatives have expressed scorn for Roberts over the decision.:  How long will it be before there are calls to water board Roberts until he confesses to committing high crimes and misdemeanors, to be locked away indefinitely without trial in Guantanamo Bay?

Several weeks ago, Mitt Romney said: “It’s still the economy, and we’re not stupid.”:  Then, after the Supreme Court handed his campaign a trillion pound sledgehammer with which to beat obama in the presidential race, Romney adviser Eric “Etch-A-Sketch” Fehrnstrom agreed with the obama administration on national television that the individual mandate in obama”care”tax is not a tax. 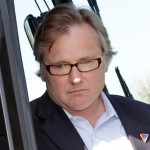 [2]Cue the flashback of John McCain’s refusal to use Jeremiah Wright, Bill Ayers, Louis Farrakhan, Tony Rezko, Frank Marshall Davis and the highly questionable character of obama and his associations as a campaign issue in 2008.

Can you say pretty stupid?

In response, Conservatives demand that if Romney refuses to fight against the obama”care”tax he should quit the race. : Romney can no longer engage in that fight.:  Romney’s campaign has managed to completely mishandle a gift handed to them on a silver platter by the Supreme Court.

That being said, there will be time to discuss the relative merits and pitfalls of the obama”care”tax ruling and Romney’s reaction after the election.:  The mistakes of Roberts and Fehrnstrom have been made.:  It is time to move on to what really matters to American voters.:  The strategy must now be for the GOP presidential candidate to switch focus from the obama”care”tax controversy to America’s tepid economic recovery.

Recent official figures show that the U.S. economy grew by 1.9 percent in the first quarter of 2012, less than the 2.2 percent originally reported.:  According to the annual report from the International Monetary Fund (IMF), this year’s growth forecast for the U.S. economy has been lowered to 2 percent. : The IMF also lowered its forecast for 2013 from 2.4 percent to 2.25 percent. : It also warned of the fiscal cliff known as taxmageddon, the $4 trillion tax increases and defense spending cuts that are due at the end of 2012. 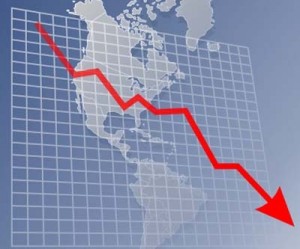 [3]The U.S. Gross Domestic Product growth rate in the first three months was slower than originally announced.:  This news was accompanied by a downward revision in consumer spending.:  After-tax corporate profits experienced their biggest fall since the last three months of 2008.

The Institute for Supply Management said Monday that U.S. manufacturing shrank in June for the first time in nearly three years.:  The manufacturing activity index fell from 53.5 percent to 49.7 percent, the lowest reading since July 2009.:  Readings below 50 indicate contraction.

The Federal Reserve cut its forecast for 2012 growth to between 1.9 percent and 2.4 percent. That’s half a percentage point lower than April’s estimate.

With facts and figures like these, it is time for the GOP to go aggressively back on the offensive against the failed economic policies of the current administration.:  That the economy is tanking and employment prospects remain grim need not be explained to voters living that reality.

Give no quarter to the “progressive” campaign.:  Do not let them off the mat.:  While they are down, kick them as hard and as long as possible.:  Rest assured, given half a chance, “progressives” kick with glee…without hesitation.

The survival of America and the principles upon which it was founded are facing an existential threat.:  Don’t be stupid.