The once highly regarded Governor of Florida Rick Scott has chosen: to abandon his conservative principles by supporting a bill that would give in-state tuition to people living in his state: illegally. This move puts Florida amongst the ranks of: other: sanctuary states like California and New Jersey in allowing illegal immigrants: to further drain: taxpayers.:

(Gainesville Sun): Florida students living in the country illegally will be allowed to qualify for in-state college tuition rates under a bill passed by the Legislature.

The Florida House voted 84-32 on Friday for the bill, which offers in-state college tuition rates to undocumented students who had attended a Florida school for at least three years before graduation.

The Senate passed the bill Thursday. It heads to Gov. Rick Scott, who says he’ll sign it into law.

The current in-state rate is one-quarter of what out-of-state students and those in the country illegally pay.

The in-state college tuition bill had been considered several times before, when it drew strong opposition from many Republicans.

But this year, Scott and other GOP leaders such as House Speaker Will Weatherford backed the bill.

This particular: in-state tuition bill had been in the works for more than a decade: but hadn’t been able to gain traction: until now. It’s hard to believe this: timely passage doesn’t have something to do with the establishment GOP’s flawed obsession with obtaining the Hispanic vote. 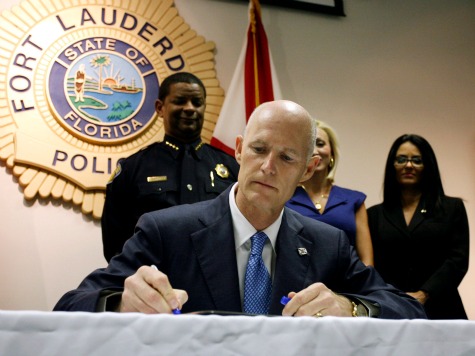