Real estate mogul and GOP candidate for president Donald Trump has now made himself the face of opposition to Obama’s dangerously failed immigration policy. But some Republicans do not agree with his statements about illegals. Former Texas Governor Rick Perry is one and now Perry has released a Youtube video taking Trump to task for his comments. 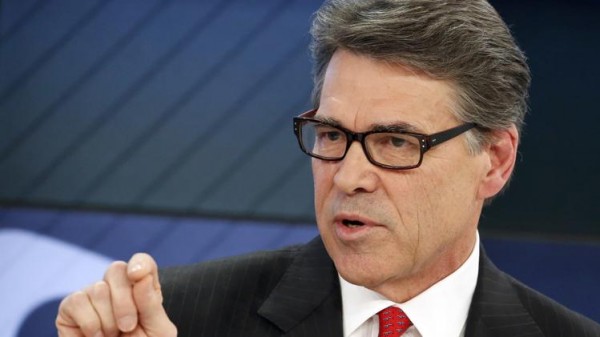 Perry took issue with how Trump characterized many of the Mexican immigrants who are streaming across our wide open border thanks to Obama’s failed policies.

“Hey Donald, I saw your tweet the other day, but I think you might need to borrow my glasses to get a good look at the steps I took to secure the border while I was governor of Texas,” Perry declares in the clip.

Perry goes on to claim, “Under my leadership, Texas dedicated nearly a billion dollars to border security efforts.”

Trump has made combating illegal immigration a focus of his presidential bid and controversial comments he made about immigrants from Mexico in his announcement speech last month have made headlines. In those remarks, Trump said some undocumented immigrants from Mexico are criminals, drug runners, and rapists. He has also suggested the government of Mexico is deliberately sending “bad ones” to the US.

Along with defending his record, Perry also criticized Trump’s comments in his video.

“Your comments about Mexicans are offensive and they don’t reflect the values of the Republican Party,” Perry says in the clip, adding, “Donald, you might want to take a trip down to Texas some time to meet some of the Hispanic-Americans who’ve helped make our nation great and to learn a little bit about what we need to do to secure our border.”

Do you agree with Perry? Or is he taking Trump’s words out of context only to make a cheap political jab?