Former Trump Advisor: The RNC is Leaking Info To Reporters To Try to Take Trump Out

Oh, come on![1] Is there anyone out there that seriously doesn’t believe that the RNC has a secret war room aimed at taking out Donald Trump? Of course they do. Trump is the biggest threat going to their chosen one, Jeb Bush. You know they are huddling and going over strategy to contain, if not remove, the Trumpster threat. Reince Preibus can lie and deflect all he wants, he’s not fooling Americans in the least. We know about the backroom dealings of the GOP elite and we aren’t believing a word they say this time around. So, they can go and camp out at Area 51 (which does exist – my father help build the hangers there at Nellis Air Force Base – not sure on the alien angle though… just the military one) and they can reminisce over Elvis till the wee hours of the morning. As far as plotting against Donald Trump, well, that’s a fait accompli. 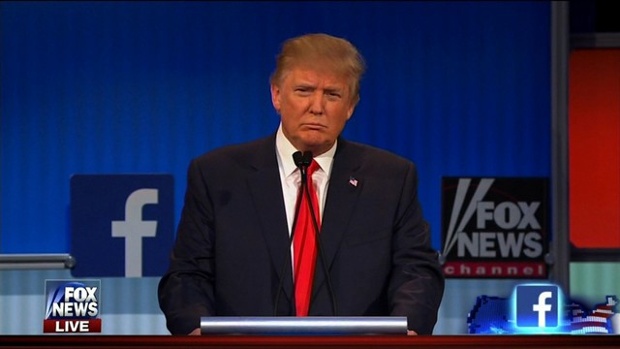 Stone told CNN that he’s absolutely convinced the Republican Party is trying to knock the celebrity billionaire out of the race because he’s not the candidate of the establishment elite.

“I talk to a lot of reporters on a background, and sometimes off the record, basis. Sometimes, when I say to them, ‘Where did you get this hit piece of information on Trump?’ They’ll tell me, ‘Oh, a source at the Republican National Committee.’ Come on. This is the game. It’s the way it works,” Stone told CNN’s John Berman Wednesday.

Stone even predicted that RNC Chairman Reince Preibus “will deny this if anybody even bothers to ask him about it.”

Well, we bothered. And at least on that point, Stone was right on. The RNC dismissed Stone’s allegation as a conspiracy theory.

We asked Stone for some evidence to prove his claim. He didn’t offer any up.

After some initial tensions, Trump and party officials have struck a public détente. Both Trump and Priebus have recently been complimentary of each other. And Trump has said he thinks the RNC is treating him fairly — at least right now.

Stone doesn’t gain anything by making this revelation either. He no longer works for Trump, although he supports him still. He’s just calling it like he sees it. This is how the political game is played and anyone even remotely in politics knows it. It just goes to show how disparaging and dishonest the GOP is. They use the very same Saul Alinsky tactics that Obama uses. That says a lot, doesn’t it? There may be no hard proof that it is going on, but that doesn’t mean it’s not happening. Get real. By the way, the only reason the GOP is at all nice to Trump is that they fear him and they fear his popularity. They are terrified he will go third party and scuttle their chances in the election. They don’t want to lose their jobs, wealth and power. At the rate Trump is going, he is the overwhelming candidate of choice for the nomination. If the election were held today and he was the nominee, he would win in an historic landslide and I only see him getting stronger and better from here on out. Let the GOP play their ‘war room’ games – they’ve already lost the battle.