Andrea Tantaros is claiming[1] that men in the Republican Party are telling her to give up her job because she’s a Trump supporter. That’s just outrageous. Look, I support Ted Cruz and I don’t like the Tweet that Tantaros put out quipping: “National Review’s “conservatism”: when a Brit tells an American she should support a Canadian for President.” Cruz is not a Canadian, he’s an American. But putting that aside, she should have just as much of a right to support whoever she wants to as the rest of us. Charles Cooke, who Tantaros leveled the charge against, responded with: “Actually, I said that if conservatism had “failed” and needed to be restarted then she should give up her job too.” In my opinion, Cooke is way out of line. Trust me, I’m not a fan of National Review these days and their brand of conservatism. He owes Tantaros an apology and needs to knock it off. 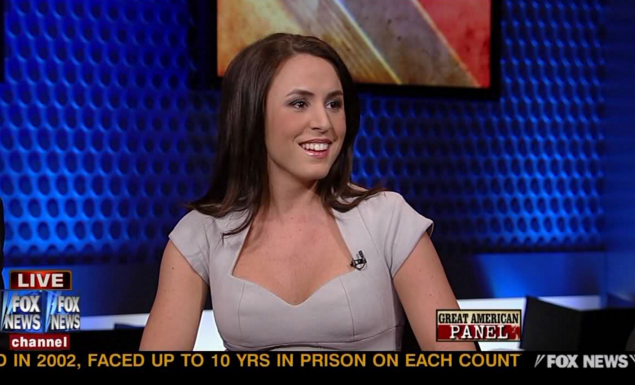 Fox News “Outnumbered” co-host Andrea Tantaros said she’s been hounded by establishment Republicans over her support for Donald Trump — even to the point of suggesting that she should resign from her job.

“Specifically, Charles Cooke, who is a writer for National Review, he tweeted out that I should give my job to somebody else,” she said.

“Also, I saw a tweet, it was a meme by Kevin Williamson of National Review, trying to make me seem stupid. There’s a girl talking about biorhythms, or something. So I’ve gotten my fair share as well from folks on the right and the left and in the media calling me stupid and Trump supporters as well.”

Tantaros concluded, “I should give up my job, according to men in the Republican Party.”

I’m getting really sick of all the cheap shots and infighting within the Republican ranks. Let others have their opinion and let the nomination process sort it out. Whoever the winner is, we need to get behind them to stop Hillary or Bernie from becoming president. If we don’t this time around, the Republic is finished. I’m for Cruz, but if Trump gets the nod, I’ll vote for him in a heart beat. We are fighting for our lives and our freedoms here and we don’t have time to disparage those within the Republican Party like this. Each of us has the right to form our own opinions and vote for the best candidate. It really riles me to see someone going after another person just because they have a different opinion. In the end, we have to come together, so be very careful what you spout out there. Think twice about what you are saying and have some consideration for your fellow Republicans.