Geraldo Rivera Strikes Again With BIZARRE Insult To Ted Cruz – And Starts A WINDSTORM Of Backlash!

Wow. Geraldo should be fired for this.[1] Just wow. The Conservative Tribune (one of my favs) hit the nail on the head here: “It’s somewhat interesting that a self-interested yellow journalist who made his name getting punched in the nose by cross-dressing neo-Nazi Satan worshippers on daytime TV feels he’s such a voice of reason that he can tell America which candidates are p****s and which ones are cool.” Ted Cruz is one of the nicest men you will ever meet. So is his father. They are both men of God, which Geraldo obviously is not. There was no surprise resilience in New Hampshire. Cruz did as expected and could still very well walk away with the nomination. The fact that Geraldo feels the need to say, “So we’ll have him to kick around for awhile,” indicates that some in the media have it in for Cruz. We already knew that. But if Fox News doesn’t want to be seen as being biased against a candidate, they better cut Geraldo loose and soon. Just reprehensible. 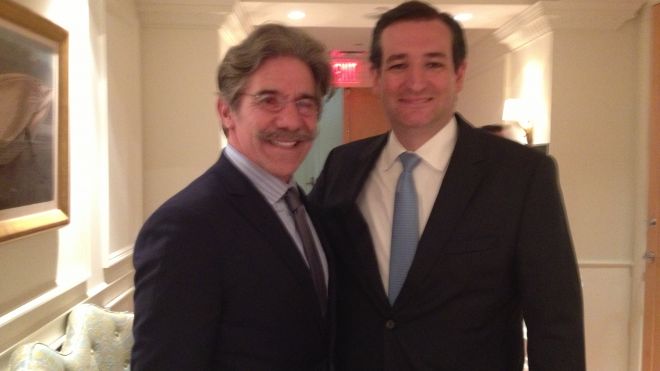 However, his latest rant — this one about Sen. Ted Cruz — has many wondering whether the veteran liberal mouthpiece should log off of Twitter before he starts drinking.

As a contributor to Fox News, Geraldo is, of course, entitled to make comments about the 2016 presidential election. However, one would imagine his employers — or for that matter, any employer — would frown upon this input from the pundit.

Objectivity for the win:

This goes beyond stupid, right into hateful. I have never cared for Geraldo, now I detest him. This guy doesn’t censor himself at all online. He must feel he is above reproach somehow. Wonder how much he had to drink or whatever before he Tweeted that out? Remember after the San Bernardino shootings where Geraldo called the Second Amendment “stupid” and said, “POTUS wrong re so much-like loyalty toward double dealing Turkey – But he’s so right re gun violence – More than 1 gun for every American? Why?” Yeah, that’s a special kind of stupid if you ask me. This is just bizarre and it caused a Twitter meltdown. The backlash was epic and well-deserved. Somebody just remove the guy already. Fox News should do the right thing here and fire the moron. 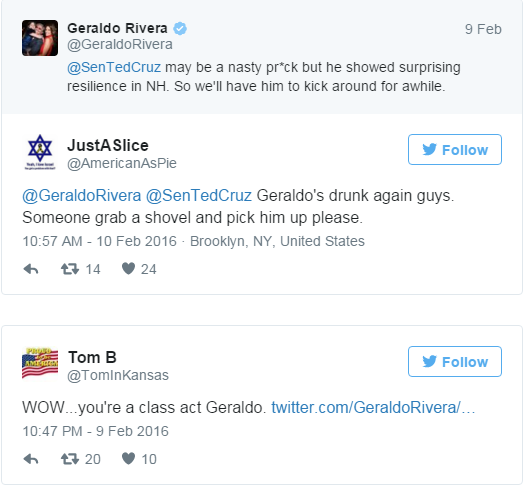