GOP Candidate To Muslims Wanting To Migrate: ACCEPT American Values and Laws OR Stay Where You Are!

Ben Carson[1], by all accounts, is a good man. He believes in the Constitution and America. When asked at the debate last night by Megyn Kelly about Islamophobia, Carson bluntly stated that Muslims must have a desire to accept our values and our laws. That has been the issue all along. Muslims desire Shariah Law, which is a set of laws that operate outside the Constitution and that only obeys the Quran. We do not run our legal system that way. Their laws enslave people who are not Muslim and who do not wish to follow their religious edicts. Carson believes that if you are living in America, you should follow our laws and our Constitution. You should integrate into our culture, not the other way around. 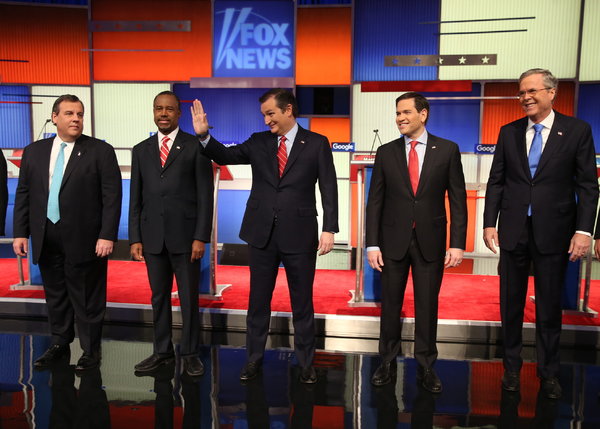 Thursday on Fox News Channel’s Republican presidential debate, Dr. Ben Carson had a strong message for practitioners of Islam, which was they must have a desire to accept “our values and our laws.”

When asked about a Muslim-American being concerned about Islamophobia, Carson said, “I don’t know about the GOP messaging, but I can tell you about my messaging. We need to stop allowing political correctness to dictate our policies, because it’s going to kill us if we don’t. In the Holy Land foundation trial in 2006 in Texas, they had a memorandum, an explanatory memorandum that talked about the fact that Americans would be easy to overcome. And to commit civilization jihad because they were going to be trying to protect the rights of the very people who were trying to subvert them. But I believe in the Teddy Roosevelt philosophy. He said, we are a nation of immigrants. as such, everybody is welcome from any race, any country, any religion, if they want to be Americans. If they want to accept our values and our laws. If not, they can stay where they are.”

Political correctness is strangling us and radical Islamists are trying to use our own laws and freedoms against us to force us into submission. If someone is willing to live our way of life and not violate the rights of others, we welcome them. But you don’t get to stage a silent coup from within our system and expect us to just passively accept it. Americans are not going to willingly play that game. If you don’t like our laws and way of life, get out or don’t bother coming here in the first place. And if you think violence will force compliance, then you don’t know us very well at all.