Things are looking bad for John Boehner. The Speaker of the House will apparently be losing his leadership role, as he can’t get the votes to remain speaker. 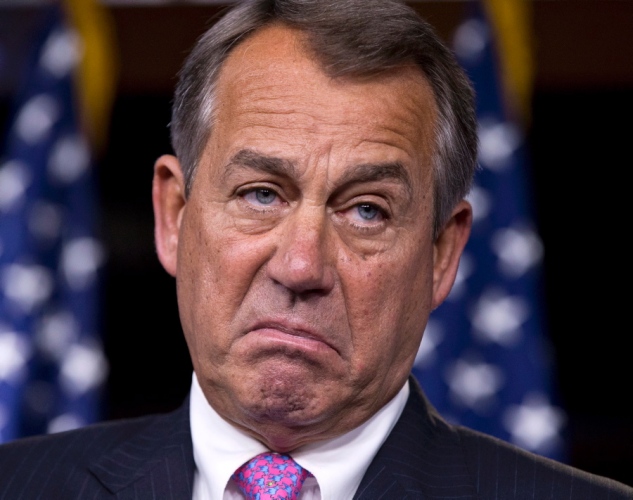 Speaking to Breitbart’s senior investigative political reporter Matthew Boyle, Yoho explained why he signed on as a co-sponsor to Rep. Mark Meadows bid to unseat Speaker of the House Rep. John Boehner.

Yoho said that Boehner spends too much time retaliating against conservatives and has let Obama basically get whatever he wants.

Yoho confirmed that a vote to keep Boehner as the speaker of the House was postponed last week — because Boehner was having difficulty whipping enough votes to get re-elected as the leader in the House.

Pretty much no one likes John Boehner, and apparently, that’s not limited to just us regular Americans — it looks like his fellow politicians can’t stand him, too. But don’t worry too much for Boehner… a few bottles of spray tan and he’ll get over it just fine.