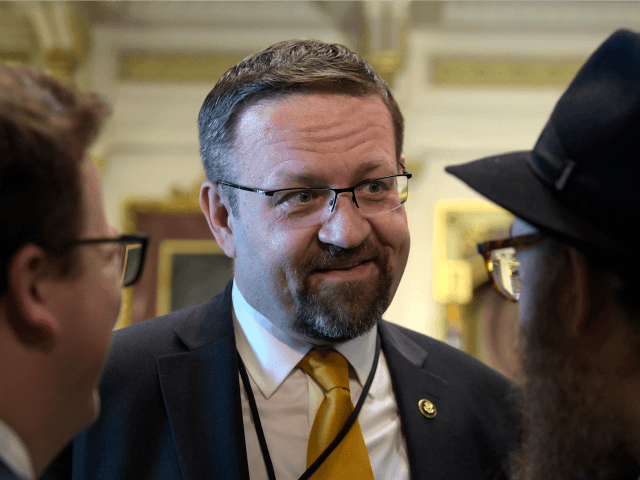 When Dr. Sebastian Gorka entered the Trump White House, he was cheered on by conservatives who knew his background. Now, with his graceful departure, we are learning more and more about what he plans on doing next.

Gorka was born in the United Kingdom to Hungarian parents who escaped the communist country. Sebastian married a woman from Pennsylvania in 1996 and in 2003, he and his wife Katharine founded the Institute for Transitional Democracy and International Security in Budapest. Katharine served on Trump’s transition team and now works with the Department of Homeland Security.

Now, the former Deputy Adviser to President Trump is explaining the reasoning behind his exit. He said in a radio interview with Alex Marlow from Breitbart that “people like myself, people like Steve Bannon, came into the building because of a very clear agenda, which was the MAGA agenda… and in the last few months, we’ve seen people who weren’t really affiliated with the campaign…”

In short, people who do not support Trumo’s vision and policies are the ones holding the real power in the White House and they are pushing the pro-Trumpers out.

Dr. Gorka said he was brought in to deal with national security and counter-terrorism, but that they “weren’t heading in the right direction.” From the interview, Gorka implied he could understand that this anti-Trump faction is influencing his messaging, saying that Trump’s speech writer gave him a speech on Afghanistan that didn’t even mention “radical Islam” or “radical Islamic terrorism.” So, Gorka figured, he has to take the vision of MAGA outside the White House, much like Bannon, who quit in order to take Breitbart over again.

Gorka calls it “MAGA Phase Two” and says he has a “basket full of tools” for the Basket of Deplorables that we can all use to “keep the MAGA train running on its rails.”

We’re right-wing, so we know that the best place to get news is online. And Gorka is telling us what happens on the White House side of the press: Every time he went on the media circuit, someone else had to write his talking points.

And now that he is able to work freely, he says that about 30 media hits happened just on Monday of this week. And that, he says, is how to make MAGA happen: Get the message out there without all the red tape and politicking. This will keep the narrative out of the hands of The Swamp and it will be good for the base of Trump supporters who can have more assurance that the higher ups are not being controlled by the D.C. crowd.

Dr. Gorka hopes Trump learns from the recent departures that he should free himself up from the swamp-things who have latched on to his voice. On Gorka’s leaving, Trump thanked him and asked him to help him from the outside.

For more about Gorka, you can listen to a recent Mark Steyn video that discusses his history.