Here is a leader. Wisconsin Governor Scott Walker, who is running for the GOP nomination for President, just canceled his campaign events in order to attend the funeral of one of the Marines murdered by a Muslim terrorist in Chattanooga, TN. 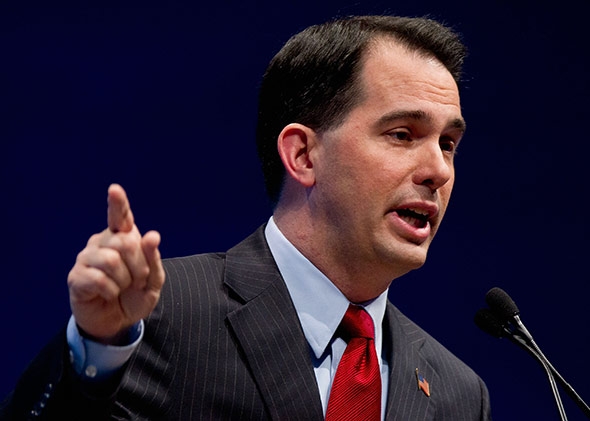 Walker is attending the funeral of Marine Sgt. Carson Holmquist, 25, a native of Wisconsin. The Sgt. was one of those murdered by a Muslim terrorist working for ISIS. Holmquist was born in St. Croix, Wis.

So, because one of his citizens was murdered in this terror attack, Walker is attending the funeral[1] despite that it is putting a crimp in his campaign schedule.

Holmquist joined the United States Marine Corps in 2009, and his service included deployments in Afghanistan and Okinawa, Japan. He was awarded the Navy & Marine Corps Achievement Medal, the Afghanistan Campaign Medal, a Global War of Terrorism Service Medal, and two Sea Service Deployment ribbons. Holmquist married his wife Jasmine in 2012, and they had a son, Wyatt Allen.

Funeral arrangements are being handled by the Swedburg-Taylor Funeral Home in Grantsburg, Wisconsin, which has set up a page for online condolences.

Respect to Walker and to this Marine who gave his life for his country. 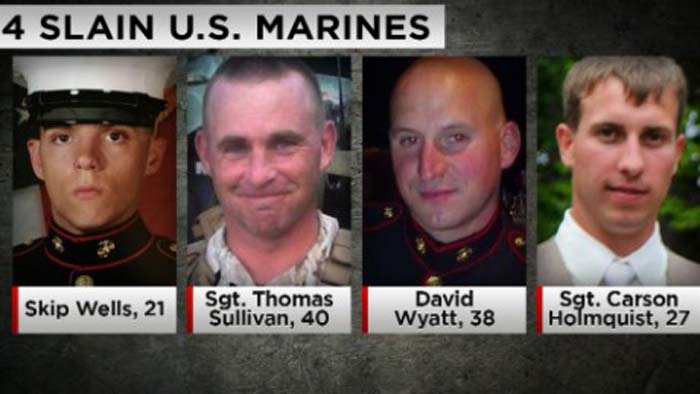