Where to begin? This is hysterical. You screw the majority of America over… betray your conservative base… put a hit out on the Tea Party… cave to Obama and the Marxists, and give the President everything he wants… and then you wish everyone a Merry Christmas. Hypocrisy, thy name is John Boehner. But hey, his digital Christmas card says[1]: “Thanks be unto God for his indescribable gift.” I assume Boehner is not referring to Jesus, but instead to the power and money he has amassed since ascending to Speaker of the House and being bought off by Marxists.[2] 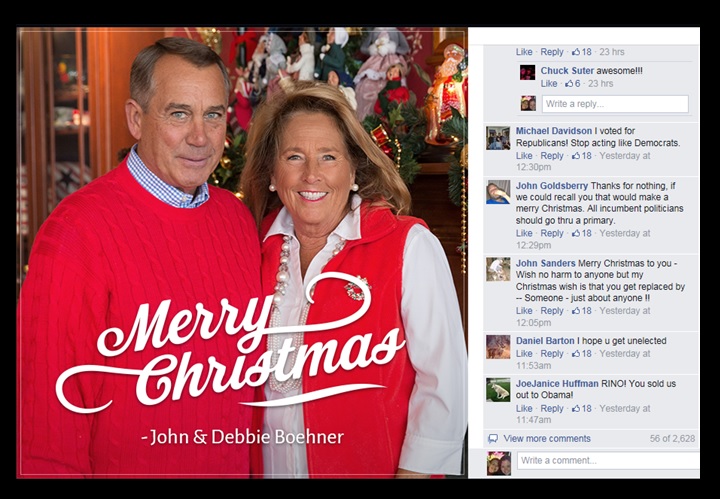 And in the spirit of the season, conservatives let him have it: 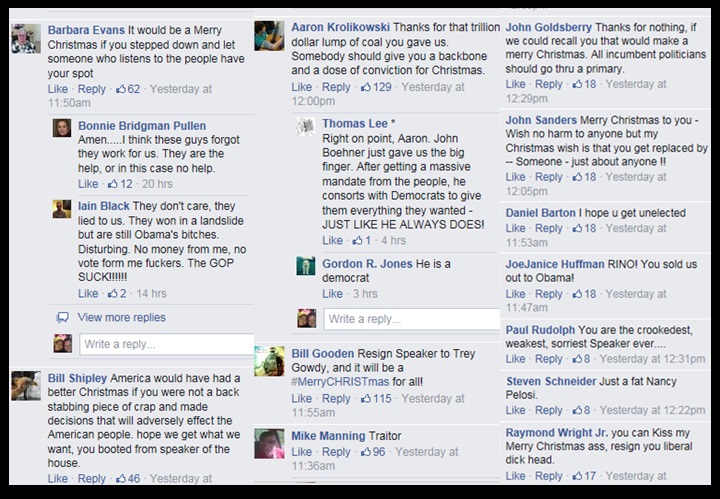 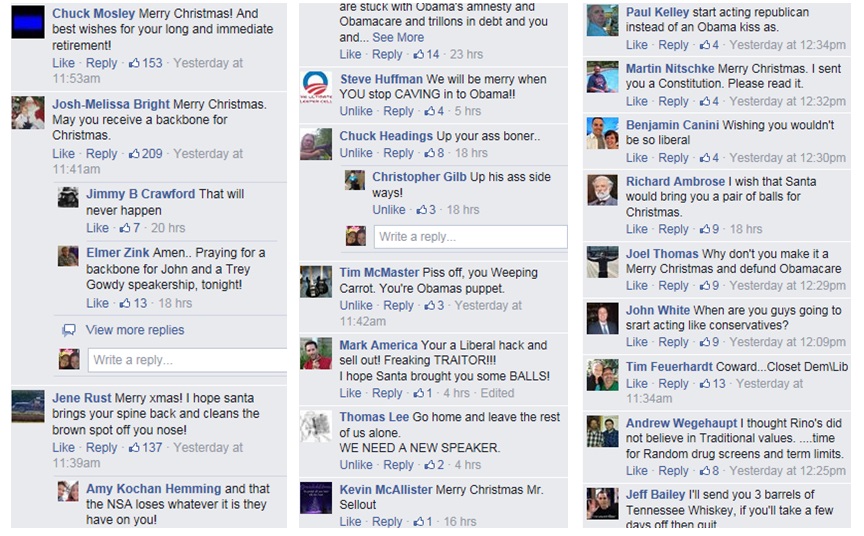 And then social media exploded. Seems to me the general consensus is that 1) Boehner is a traitor and 2) Santa should bring him a set and/or a spine for Christmas. 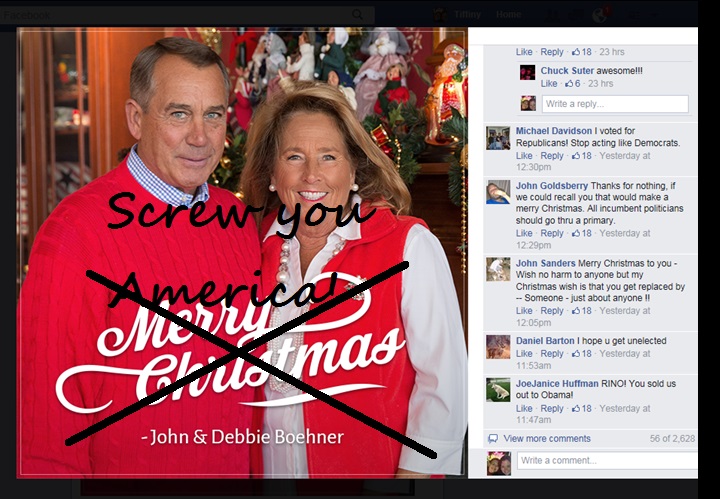 I hope Boehner got coal in his stocking. Probably not – he had a lot of money to spend and celebrate with this year and of course, he’s getting ready to finish betraying all of us on Amnesty, Obamacare and the budget. So much to destroy, so little time.

Here are some heartfelt Christmas wishes from the little people:

Dont wish me anything dude until you stop SELLING THIS NATION DOWN THE RIVER.

Speaker, Boehner. …..You have really disappointed me as a voting American and someone from the same part of the country you are from. You get off your ass and stop worrying about getting home for Christmas and do what we voted you in to do. You and a lot of the Republicans have really made me ashamed.

Bev Rosenow Olson If I was you I would be so ashamed of what you have done to the American people over the last few years especially the last month! How can you look anyone in the eye? Karma is a bitch and you will soon feel the wrath of it in its full glory… I don’t care if you were being blackmailed or if death was promised. You took the oath of office. You will go down in history as a traitor to your fellow Americans.

And those are just the ones I can print here, darn it. 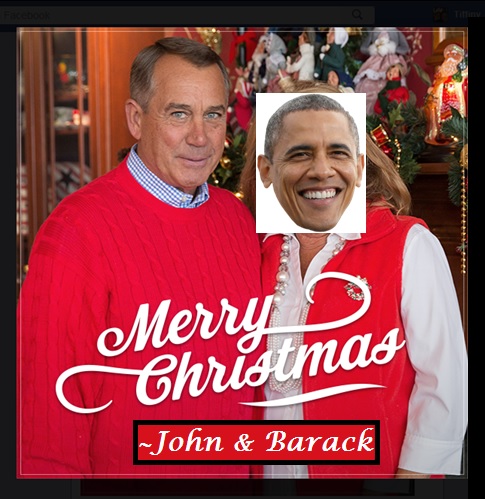 Well, Boehner might as well be married to Obama, just sayin’. He’s crawled into bed with him so many times he gives Vegas and Hollywood porn stars a run for their money. How apropos since Boehner sold the nation to the devil for 30 pieces of silver. I’m sure he got his money’s worth. Considering the level of hate and the widespread feeling of betrayal out there (just look at the comments on Facebook), I hope Boehner has made plans for when he’s finally booted out one way or the other. Me – I’ll stick with the ones he hates. I’m honored to be in the company of those like Ted Cruz, Mike Lee, Jeff Sessions, Alan West, Sarah Palin, the Tea Party and other constitutional conservatives. Here’s to the overthrow of John Boehner… long live the Tea Party!