It may be terrible for the country to have hordes of Americans on food stamps, but it’s good for the Democrat Party. That’s because the more dependent you are on the government, the more likely you are to vote Democrat. This is why Democrats can systematically destroy cities like Detroit and still lock in the vote. 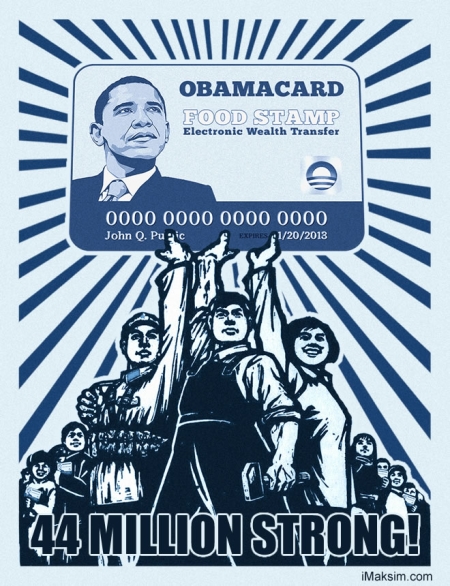 Well, Republicans in the House have had enough of that and are going to vote on a bill that will put the interests of our country ahead of the Democrat Party’s interests[2].

The House is expected to consider a bill this week that would cut food stamps by an estimated $4 billion annually and allow states to put broad new work requirements in place for recipients.

The legislation also would end government waivers that have allowed able-bodied adults who don’t have dependents to receive food stamps indefinitely.

The vote comes after the House defeated a wide-ranging farm bill in June because many conservatives believed the cuts to the nearly $80 billion-a-year food stamp program weren’t high enough. That bill would have made around $2 billion a year in cuts.

Food stamps have for decades been part of farm legislation. But House leaders separated the food and farm programs after the bill’s June defeat and passed a farm-only bill in July. The Republican leaders, led by Majority Leader Eric Cantor of Virginia, then crafted the separate food stamp bill in an effort to appease conservatives who have been aggressively pushing for cuts to domestic food aid. […]

The House bill also would tighten eligibility standards and try to reduce the rolls by allowing states to require drug testing for recipients. It would bar convicted murderers, rapists and pedophiles from receiving food stamps.

The Democrats oppose this because they’re willing to destroy the souls and crush the spirits of Americans by making them dependent. It’s wrong, it’s immoral, it’s evil, but liberals are fine with it if they believe it helps them politically.

Have they no shame?