In 2010, All Four Top Members Of The House GOP Leadership Pledged To Defund Obamacare

We are going to fight to repeal this government takeover of health care and start over with solutions that focus first on lowering costs. Cutting off funding for ObamaCare is absolutely something I support. For example, I would support moving as soon as possible to deny any funding for the estimated 16,500 IRS employees that will be needed to implement ObamaCare. House Republicans will continue to stand with the American people against this unconstitutional government takeover of health care. –: John Boehner[3]

Yes, without question. Republicans will use every tool available to us to repeal the harmful law. Even in the minority, House Republicans have forced votes to immediately repeal some of the most egregious provisions of the law, including a vote to repeal the individual mandate. –: Eric Cantor[4]

Congress holds the power of the purse, and yes, I will support all efforts to cut off funding for ObamaCare. The Democrats’ government takeover of health care will kill jobs, infringe on individual liberty, and it fails to contain costs. –Mike Pence[5]

If we are successful in repealing ObamaCare — and I’m going to work my heart out to repeal it — that would automatically — by definition — cut off the increased, out-of-control spending in the Obama-Pelosi health care bill. As House Republicans constantly told President Obama and Speaker Pelosi “We need to start over.” Once we’re back at Square One — the way things were before ObamaCare — we can begin a better process focused on smaller reforms that can gain bipartisan support -medical liability reform, enabling small businesses to pool together to purchase health insurance, allowing insurance to be purchased across state lines, etc. –: Cathy McMorris Rodgers[6]

At the time, I noted Cathy McMorris Rodgers “punted” on the question, but when I ran into her at at the 2010 Smart Girl Summit[7] in September of that year, she personally told me that despite her somewhat ambiguous answer, she was very much in favor of defunding Obamacare. 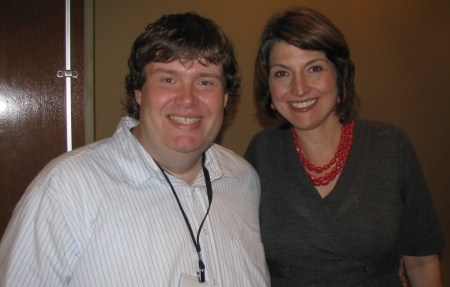 Today, Mike Pence is the governor of Indiana, but John Boehner is the Speaker of the House, Eric Cantor is the Majority Leader, Cathy McMorris Rogers is the Republican Conference Chairman and conservatives across the country are calling on them to fulfill the promises they made back in 2010. The effort is almost certainly doomed to failure in the Senate, where weak leadership and a less conservative caucus will make it very difficult for the GOP to hang in for the long haul. However, if the GOP leadership is united in favor of the tactic, it could conceivably work in the House.

In 2010, John Boehner, Eric Cantor and Cathy McMorris Rogers said they’d stand tall if this day ever came. Now, we’re going to get to see if they meant what they said.