Iran MOCKED Captured US Soldiers In Their Parade, It Pissed Trump Off – Now He’s Firing BACK!

After the disgraceful detainment[1] of 10 sailors by Iran, which I contend was somehow rigged, now this happens. Not only did Iran release pictures of what they say is one of our sailors crying (gee, wonder what they did to him), now they are reenacting the capture in a parade in Tehran. The Iranians celebrated their “Revolution Day” holiday with a parade, floats and crowds of people. What makes this event unique is the float that shows a display of captured American sailors (played by Iranians) all chained together by their necks. It was the main float in the procession. At another point they knelt down on a mock-up of the boat, hands clasped behind their heads while children dressed as Iranian soldiers with toy rifles stood guard. This goes beyond humiliation and is a direct provocation. I say accommodate the asshats. 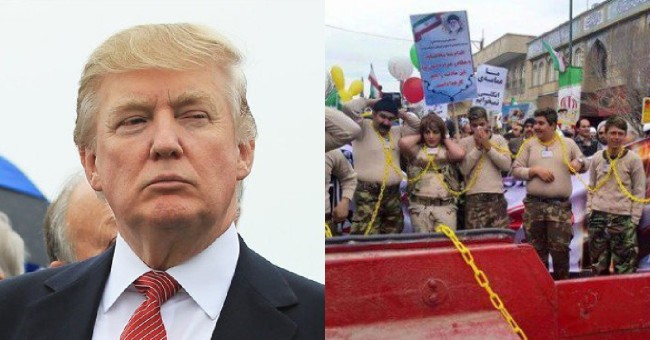 Bear in mind that Secretary of State John Kerry publicly thanked the Iranians for their “appropriate response” and good treatment of our detained sailors, an expression of gratitude that seems rather unwarranted now.

But while Secretary Kerry and President Barack Obama seem to not care about Iran’s humiliation of the U.S. and our military on the international stage, billionaire businessman and presidential candidate Donald Trump sees things differently.

Posting a link[3] to the GP post, Trump wrote, “We give Iran $150 billion[4] and they mock us? It gets harder and harder for me to comprehend the stupidity of the deals our leaders make.” 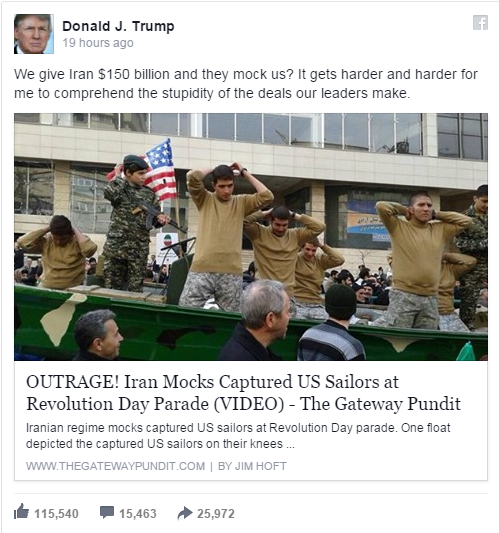 This report originally came from Gateway Pundit. Donald Trump stopped by there and left a comment. He’s right about the stupidity of the deals our leaders make. The Iran deal wasn’t even a deal… we gave them everything they wanted and billions more and got nada in return. What Trump misses is that they know exactly what they are doing and this was staged. I want a leader as president who won’t stand for this crap. One who will respond militarily to our enemies and take them out if necessary. I know Trump is good at making deals and negotiating… I just hope he’s also good a military retaliation. I know Cruz is and he would be Iran’s worst nightmare. Iran take note… payback is coming and you won’t find it so amusing when it is delivered by a real leader. 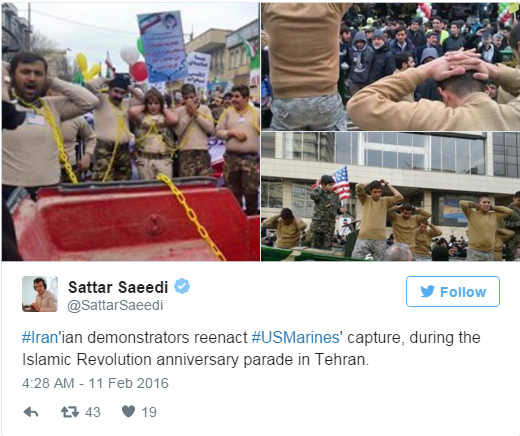 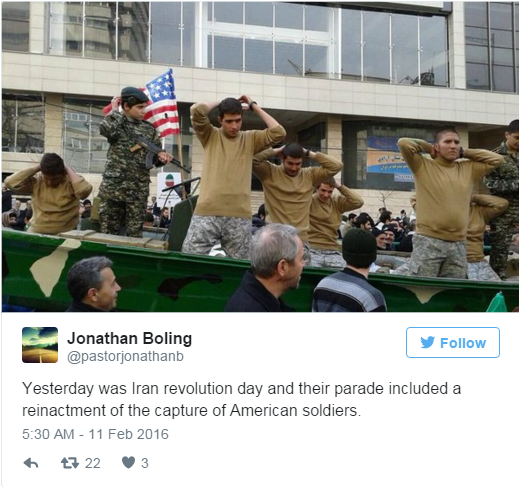