I would say that Jeb Bush is in big political doo doo.[1] Three of his top fundraising consultants left his campaign abruptly. Some say they were fired, some say they quit. But this happened right after a major drop in Bush’s poll numbers. Of course, Bush’s campaign is trying to make light of all this and say it is no big deal. But when you are in the very midst of a presidential campaign, to lose even one of these guys is suspicious. But three? Trump is calling him low energy and he is. Bush is boring. People keep saying what a great governor he was. I’ve talked to a number of people in Florida that would take issue with that. With all the money he’s got, it’s strange that money issues would torpedo his campaign. I wonder what is really at play here? 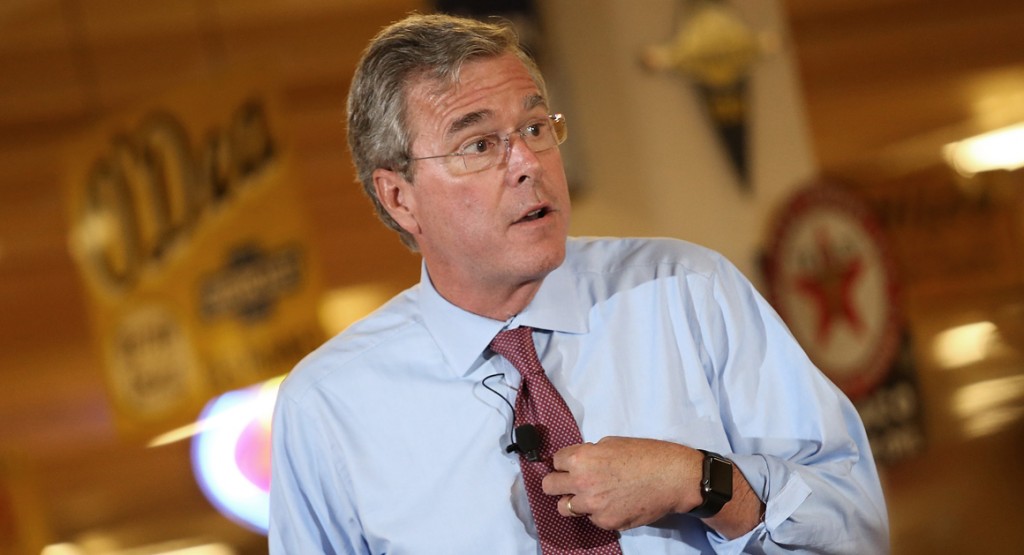 The consultants are Kris Money, Trey McCarley and Debbie Alexander, and they voluntarily left the campaign Friday, according to multiple sources.

Politico first reported the departures and suggested they were the result of personality conflicts and concerns about the strength of the campaign.

However, a Bush campaign source attempted Saturday to minimize the impact of the departures by saying the consultants remain involved in multiple projects outside of the campaign.

In addition, Bush spokesman Tim Miller told Fox News: “Governor Bush has the widest and deepest fundraising operation of any candidate in the field.”

He also said Ann Herberger, a longtime aide with more than two decades of experience in state and national politics, will continue to lead fundraising operations at campaign headquarters in Miami.

Bush, a former Florida governor, was the 2016 GOP presumptive frontrunner. And he had a superior fundraising advantage over essentially all of the other candidates in the party’s huge primary field, in large part because of his family name and connections with Washington Republicans.

Bush and the super-PAC Right to Rise raised a combined $114 million in the first quarter of this year, according to federal records, meeting often-talked-about expectations that the operation could indeed raise that much money.

However, Bush’s poll number have steadily declined since billionaire businessman and first-time candidate Donald Trump entered the race in mid-June.

“This is the time of year that campaigns make staffing changes before settling a final team going forward,” Joe Desilets, a Republican strategist and managing partner at the Washington firm 21st & Main, said Saturday. “Jeb is far and away the fundraising leader in the race and has announced other major fundraisers joining his team. … If Jeb starts dropping in fundraising, it may prove to be a bigger deal, but … I don’t see this as a major problem going forward.”

Trump has aggressively and consistently attacked Bush as the frontrunner, criticizing several of his positions including those on immigration and federal spending on women’s health.

Meanwhile, Bush appears to be taking a non-confrontational approach by largely not responding to the attacks and referring to himself as a “joyful tortoise.”

If Jeb is publicizing himself as a joyful tortoise (who thought that up?), his turtle is cooked so-to-speak. Not only does he stand for every Progressive policy conservatives hate, he doubles down on them. Then, in a heated political race, he won’t fight, except to sling mud periodically. Rumors are already spreading that there are other troubles brewing in Jeb’s camp as well. Funding is not everything in politics. If you don’t have loyal support and you can’t capture the hearts and minds of voters, then you are done for. Not only that, but Bush himself is mis-stepping as he did when addressing the anchor babies issue and saying he was referring to Asians. That’s going to leave a mark, trust me. I can’t see Bush winning the nomination unless it is rigged. If he does, the Marxists will win.