Lord, save us from Gov. John Kasich (R-OH). I had far too much of this guy in the last election. A report has surfaced claiming that he is running for the presidency in 2020, although Kasich denies it. This comes from New York magazine. In a loooong-winded, bloviating and stupendously boring article, the leftist mag laid out how Kasich would rise to run again for the presidency. They are smitten with the Republican progressive. Hate to break it to you guys… he’s never going to be president. Not ever.

No matter how he denies that he is running, it sure looks like Kasich is. Since losing the nomination in last year’s Republican primaries, Kasich has kept on members of his campaign team who are helping him decide whether to run as a Republican or as an Independent, as he urges the Republican Party to move sharply to the left. “I think we need to be pro-environment,” he told the magazine. “I think we need to completely redo education. … Look, I loved Ronald Reagan. I met Ronald Reagan. But Reagan was then. Now we gotta move on.” Yeah, why don’t you just move on to the Democratic Party? I mean, you are a Democrat pretending to be a Republican, so come out of the closet already and be done with it for Pete’s sake. Liberate yourself, man! 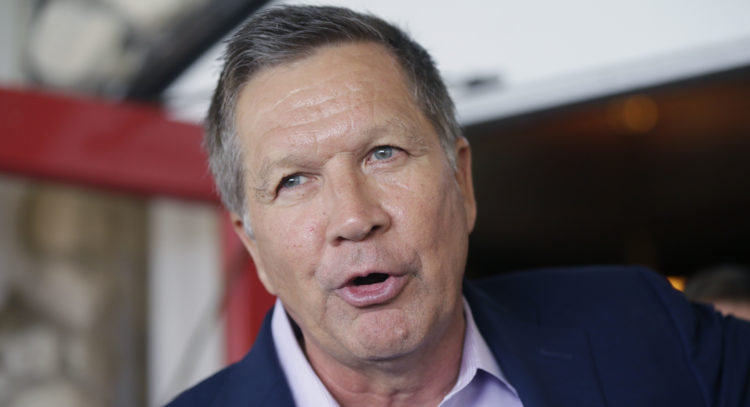 If Kasich and his lack of conservative spine run, he wants a return to “basic principles of caring, of love, of compassion, of connectedness.” How nice. This is a guy who is an open borders fan. A guy that loves big government and entitlements. He can take his social justice and stuff it. “There has to be a fundamental change, in my opinion, with all of us. I’m willing to be part of that. I want my voice to be out there. I want it very, very much,” he said. What is this? Barack Obama 2.0… the GOP Remix?

This guy is delusional. In an interview with Fox News Sunday, Kasich also said the “bulk” of the Republican Paarty remained pro-immigration and not moving towards nationalism. “I think the bulk of the Republican Party — and I’ve been in the party since I was a college student — it’s one that believes in the fact that America has a place in the world, Reagan talked about it, it advances humanity. I agree. I think the bulk of the Republican Party does believe that immigration provides energy to our country.” Leave Reagan out of this… he would have shunned Kasich like the progressive plague he is. 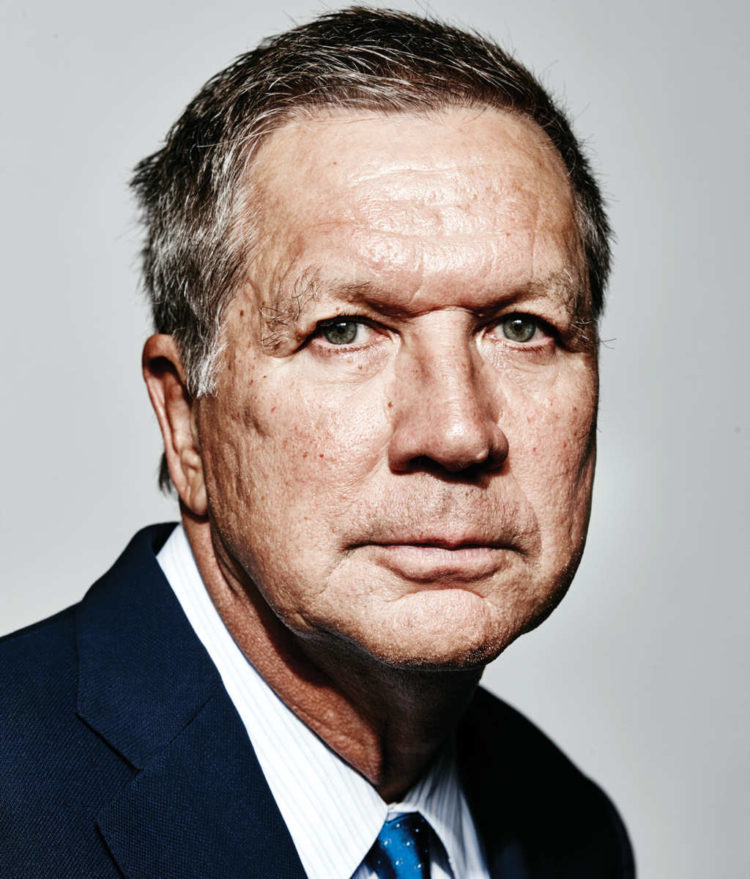 Then Kasich decided to play hard to get… he denied talk of “plotting” a run, stating that “that’s just not where my head is right now.” Really? This guy is politically easy if you get my drift. In August, Kasich also denied claims that he was mulling a bid with alongside moderate Democrat Gov. John Hickenlooper (D-CO). Dang, what a freaking nightmare that would be. Shudder.

Remember how Kasich killed Cruz’s chances against Trump? I do. He’s feckless and slimy. But he does have a new book out – Two Paths: America Divided or United. I will never read that drivel. Kasich has been a vocal critic of Trump and has played an obstructionist to his presidency. The guy has no sense of loyalty and is self-serving. In October, Kasich suggested that he may no longer be able to support the GOP should candidates like Judge Roy Moore of Alabama continue to win primary elections. And that should tell you all you need to know about Kasich. He’s not fit to shine Moore’s shoes.

“If the party can’t be fixed, Jake, then I’m not going to be able to support the party, period, that’s the end of it,” he said. “I mean, I’m worried about our country and my kids’ future. I am worried.” I bet you are. If a real leader like Reagan were here, this guy would scurry into a hole somewhere. And standing against President Trump because he’s not liberal enough for this spineless vermin is just disgusting. Kasich needs to go away – let the real men and women of America handle leadership and the country.