Texas representative Joe Barton apologized Wednesday after some raunchy photos and texts were discovered on a social media account associated with him. 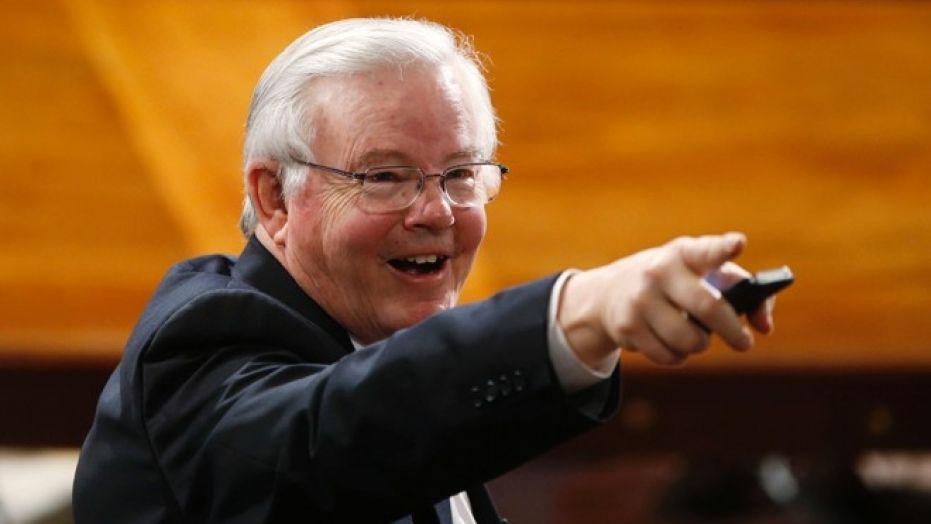 “While separated from my second wife, prior to the divorce, I had sexual relationships with other mature adult women,” Barton said in a statement. “Each was consensual. Those relationships have ended.”

Barton, who is a wrinkly 68, added, “I am sorry I did not use better judgment during those days. I am sorry that I let my constituents down.”

The Twitter brigade posted a censored photo of a nude man this week and hinted that it was probably Barton. The account had sexual language throughout and went by the name of “Joe B.”

Barton, who has represented his constituents in Congress since 1984, is the vice-chairman of the House Energy and Commerce Committee. The Texas Tribune first reported the story and speculated that the photo has cast doubts about Barton’s future in Congress.

“I am talking to a number of people, all of whom I have faith in and am deciding how to respond, quite frankly,” Barton told the Tribune.

Hey, why is everyone talking about congressman Joe Barton?
Whoa, Nevermind! pic.twitter.com/uJqv2v5pkE[2]

It seems like this is a second tier offense when compared to some of the allegations surfacing lately about members of Congress[4] and Hollywood[5]. I mean, if you want to sling dick pics over the Internet, be my guest. It’s one of the main reasons the Internet exits. Should someone who is a congressperson be involved in such unbecoming behavior? I’m not sure. I don’t know what to make of it.

How about this. As soon as the people who are found guilty of actual sexual assault are thrown out of Congress, then we can talk about people like Barton. On second thought, let’s just get rid of Congress. We don’t need them anymore. The thought of someone representing me in Congress is just ludicrous. How can someone accurately represent the interests of hundreds of thousands of people, sometimes when not even a majority voted for them? The short answer is, they can’t. So let’s devolve power from Washington and go from there. I will paraphrase Michael Malice when he said the government of today is like landline technology living in a cell phone world. It’s outdated and unnecessary. The sexual misconduct allegations are the impetus, the nature of the government is the reason. It’s time to throw them all out and start governing our own selves.