Donald Trump’s key issue[1] has become illegal immigration. He’s very strong on the topic and he has an incredible immigration plan laid out with the help of Jeff Sessions. One that will work. Trump shares my opinion that the children of illegal aliens should be kept with their families and shipped back to their point of origin. When they come here legally, we’ll welcome them with open arms. Until then, they’re outta here. The issue of the 14th Amendment and Anchor Babies came up this week. Trump is going to test the legal standing of that issue in court. His detractors on the right, including Charles Krauthammer, are calling it ‘settled law’ that has been in place for 150 years. But they are wrong. Laura Ingraham rightly points out that the 14th Amendment applied to slaves and was never intended to apply to foreigners who are subject to a foreign power. That definitely applies to their children. 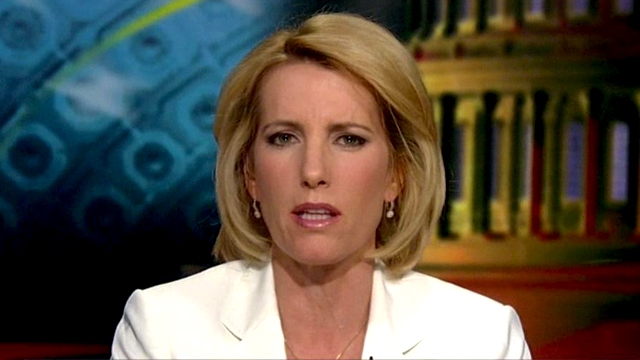 Not only has Donald Trump[3] succeeded in annoying liberals, at least those who aren’t busy laughing at him, he has also managed to upset the Republican base by challenging the status quo[4].

Charles Krauthammer, a widely respected Fox News contributor, disagreed with Trump on the 14th Amendment, but immediately got shut down by conservative radio host Laura Ingraham.

Ingraham brought up a possible repeal of the 14th Amendment, and Krauthammer responded by stating that, “It’s been around for 150 years.”

That’s when Ingraham went to town.

“Well, we actually didn’t have a problem with illegal immigration in the 1800s as we know. That wasn’t an issue,” she said. “It was directed at the slaves who did deserve to stay here. So, it really was an important clause and the author of the clause Howard Jacob said it didn’t apply to foreigners in the United States.

“But, you know, this is a long conversation … And I know Trump’s rise annoys a lot of people now. And I get it. But the people in this town who have been propping up two parties that have failed the Middle Class (and) failed them on these global trade deals.”

She concluded her rant stating: “They’re ready to throw in with the guy who has all these conflicting positions maybe because the guys who said they were going to be consistent weren’t. And they’re not fighting for the people.”

Ingraham is absolutely right about the American people. They have had enough of politicians, and are willing to give an outsider[7] a try. The polls show it, with Trump and Ben Carson[8], both political outsiders, at or near the top, and Carly Fiorina also rising dramatically in recent weeks

What remains to be seen is if Trump can actually follow through on his promises, or if he will simply burn out before election day.

It would take a long, drawn out process to repeal the 14th Amendment. The Supreme Court has never ruled that the children of illegal aliens are American citizens. Even if they had, it would be wrong. The Supreme Court is not infallible. The Congress can cut through all this bull crap and has the ultimate power here. They can regulate immigration and put a stop to this immediately. It’s a matter of statute. No one has truly and definitively addressed the problem of illegal immigration in over 30 years – on either side of the political aisle. Americans are now demanding that it be addressed. They want the law justly applied and the matter handled. We want sovereign borders imposed and we want the invading force cut off and those already here dealt with legally. At least Trump and Cruz are fighting for Americans and what concerns them. One of those things is the issue of birthright citizenship and how it should never have been allowed in the first place.