[VIDEO] Loud and Proud, Another Hollywood Star Comes Out

These days, everyone is ‘coming out’. This is a different kind of coming out, but is sure to lead to some heave ostracization from fellow Hollywood starts. TPNN reports[1]: 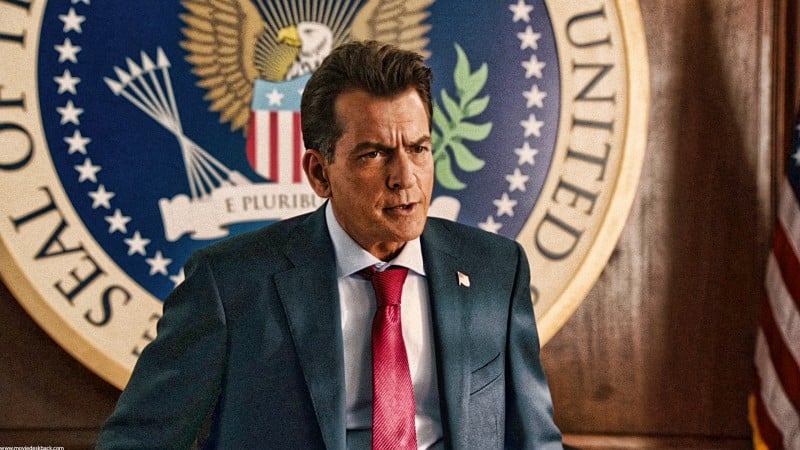 Charlie Sheen as The President in ‘Machete Kills’

Another big name in Hollywood has come out of the closet, the political closet that is, the brave new world where actors can come clean about their honest political beliefs and risk being ridiculed, demonized and forever putting their careers in jeopardy by bigoted and intolerant leftists for having the audacity to go against the norms in Hollywood society as NOT being a politically-correct, America-hating communist.

As the Washington Times reported, actor Charlie Sheen publicly came out of the political closet on The Flipside with Michael Loftus, joining the ranks of the courageous few in Hollywood like James Woods, Dean Cain and Clint Eastwood in the interview that took place on February 8.

After sharing some of his earliest childhood memories of filmmaking in his family that includes father and brother actors, Martin Sheen and Emilio Estevez, the conversation turned to politics, where Sheen clearly came out politically.

When Loftus asked Sheen what three laws would he would implement if he were king for a day, Sheen replied, “Skilled vets in front of our schools, that have been vetted, a 10 percent [flat] tax across the board…, and the third would be — everybody relax.”

Sheen said that when he asks people if he should run for president, 100 percent answer in the affirmative.

The star of “Two and a Half Men,” and “Anger Management” appears completely lucid and logical in the interview, unlike his seemingly drug-induced “winning” rants from four years ago.

Sheen and Sheen 2016. Interesting concept. Governor Arnold Schwarzenegger is a movie star, still creating box office hits. Hell, even Ronald Reagan was a movie star before he was president. His no nonsense, implement the Constitution approach seems like just what America could use. What do you think? Would you vote Sheen & Sheen 2016? Sound off in the comments below!